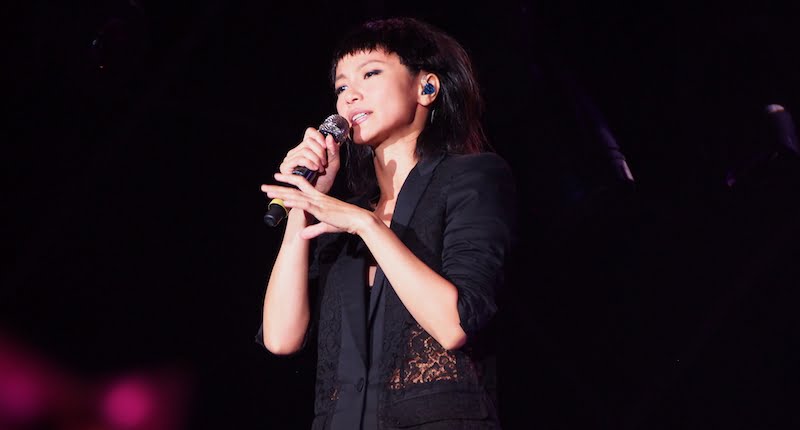 French cosmetics giant Lancôme has been accused of “bending to diktats” of the Communist Party of China (CPC) by cancelling a promotional concert by Cantopop singer Denise Ho in Hong Kong.

Ho – who has been involved in pro-democracy protests in Hong Kong and met the Dalai Lama – was scheduled to perform in the ex-British colony, since 1997 a semi-autonomous ‘special administrative region’ of the People’s Republic of China, on 19 June. However, following criticism by pro-government tabloid the Global Times, which described Ho (pictured) as “a Hong Kong and Tibet independence advocate”, and hostile comments by mainland Chinese on social media, Lancôme cancelled the show, citing unspecified “safety reasons”.

In a Cantonese-language statement posted to her Facebook page, Ho demanded an explanation from Lancôme’s head office in Paris. “Freedom, justice and equality have always been values pursued by Hongkongers,” she wrote. “If we are punished without any reasons for upholding our values, this is no longer just about me. It is a serious distortion of our world values.”

She said Lancôme has “seriously misled the public and affected my reputation”.

“We can not accept that Lancôme, an ambassador of France, land of human rights, sacrifices freedom of thought and freedom of expression in its trade policy”

A petition launched by Frenchwoman Béatrice Desgranges and addressed to Stephen Mosely, president of the Hong Kong office of L’Oréal, Lancôme’s parent company, has attracted over 3,000 signatures. Calling for the reinstatement of the concert, Desgranges writes: “We can not accept that Lancôme – an ambassador of France, land of human rights, in Hong Kong – sacrifices freedom of thought and freedom of expression in its trade policy. We can not accept that French companies bend to the diktats of the Chinese Communist Party!”

Hong Kong, originally a collection of small fishing villages, was ceded to the United Kingdom in 1842, which developed the Island into a global financial centre. Near-universal suffrage was introduced in the 1990s, but since Hong Kong’s handover to China in 1997 the communist party has made efforts to influence elections and cement its control of the territory.

Tensions culminated in the 2014 ‘Umbrella Movement’ protests, which called for full universal suffrage, the resignation of Beijing-appointed chief executive CY Leung and an end to mainland influence in Hongkongese politics. Ho was the first high-profile Hongkonger to be arrested for protesting.