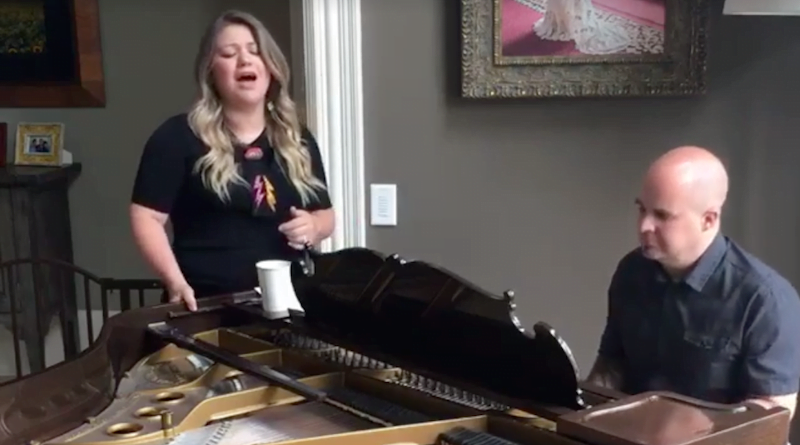 Kelly Clarkson has become the first high-profile artist to take advantage of Facebook’s recently introduced Live feature, launching a week-long series of mini-concerts live-streamed from the singer’s home to her 15 million+ Facebook fans.

Kicking off on Monday with a cover of Otis Redding’s ‘These Arms of Mine’ and continuing yesterday with Foreigner’s ‘I Want to Know What Love Is’, the American Idol winner’s five #KCgoesLIVE concerts are designed to build hype for a big announcement (her “coolest” one ever, she says) on Friday.

“Instead of doing a boring press release, I thought it would be cool to do something kind of my style to announce something,” she says. Monday’s concert has so far been viewed over 1.5m times, while Tuesday’s is currently on 1.1m.

“Instead of doing a boring press release, I thought it would be cool to do something kind of my style to announce something”

Facebook Live is a direct competitor to Twitter’s standalone live video service, Periscope (it of accidentally streaming The Cure fame).

Facebook’s EMEA vice-president in Europe, Nicola Mendelsohn, last week told Forbes that the social network would likely be “all video” by 2021.

In December Facebook announced that ticketing companies would be able to sell directly tickets through its event pages. So far Ticketmaster, Eventbrite and white-label service Ticketbud have implemented the functionality.