Axl Rose's reformed rockers are the band Canadians are most willing to pay secondary-market prices to see this summer, followed by Drake and retiring The Tragically Hip 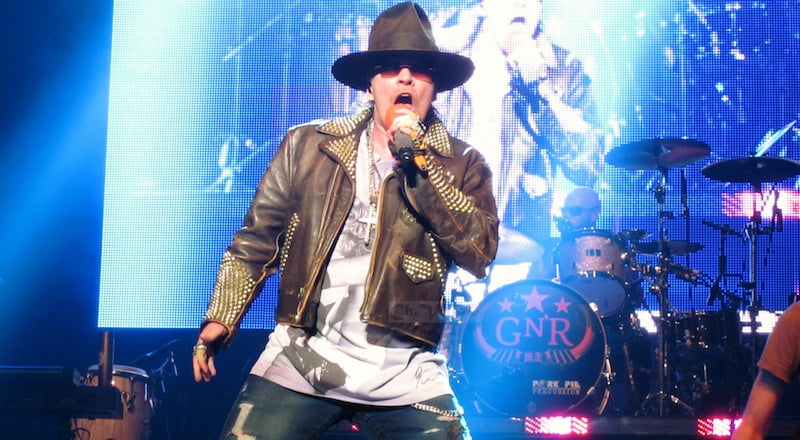 Axl Rose performs with Guns N' Roses in Montreal in 2013

If secondary-market sales are anything to go by, Guns N’ Roses’ upcoming concert at the Rogers Centre is the most hotly anticipated Canadian show of the summer.

StubHub today revealed that Axl Rose and co’s 16 July Toronto date has sold the most tickets for a show in Canada on its site this summer concert season – defined as the period from 17 June to Labour Day (5 September) – followed by Drake at the Air Canada Centre, also in Toronto, on 31 July in second and The Tragically Hip (currently the subject of a touting controversy) at the same venue on 12 August in third.

It follows the release of a similar chart for the US (topped by Adele) earlier this month.

Adele, a baseball match between the Toronto Blue Days and Cleveland Indians (both at the 53,506-capacity Rogers Centre), The Tragically Hip again (at the K-Rock Centre in Kingston, Ontario), Paul McCartney (at the FirstOntario Centre in Hamilton, Ontario), Sting (at the Air Canada Centre), Luke Bryan (at the Molson Canadian Amphitheatre in Toronto) and Shawn Mendes (at the Air Canada Centre) make up the rest of the top 10.

Country singer Luke Bryan is the “best deal”, says StubHub, having sold a ticket for as low as C$6 and with the lowest average ticket price of $87, while Adele, despite being the only female on the list, commands more per ticket on average than eight of the artists (presumably GNR are the exception).