Hillary Clinton, the Democratic nominee for the US presidency, has led the call for stricter gun controls after the Pulse shooting and murder of Christina Grimmie 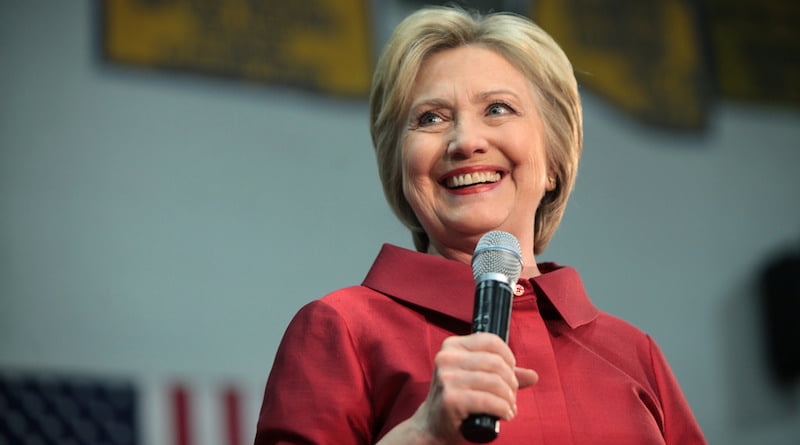 Democratic presidential hopeful Hillary Clinton has joined a chorus of American politicians calling for stricter gun laws in Florida following the massacre of 49 people at an Orlando nightclub on Sunday.

(PolitiFact points out, however, that “Florida law isn’t all that different [to] many places across the country”, and that only seven US states, including Washington DC, ban some type of assault weapon.)

The attack on gay club Pulse by Omar Mateen – a New York-born former security guard who reportedly pledged allegiance to the Islamic State (IS) jihadist group before shooting at clubbers with a SIG Sauer semi-automatic rifle and Glock 17 semi-automatic pistol – also sparked calls for the resurrection of a bill, drafted by California senator Dianne Feinstein in the wake of the San Bernardino shooting in December, that would ban gun sales to suspected terrorists.

“There’s no excuse for allowing suspected terrorists to buy guns”

Mateen was investigated by the FBI in 2013 after telling co-workers he was a member of Hezbollah, but the case was dropped after 10 months after the bureau deemed him not be a threat.

“There’s no excuse for allowing suspected terrorists to buy guns,” said Senate minority leader Harry Reid, a Democrat, yesterday. “Is [the Pulse shooting] enough to get our attention? It’s time for Congress to do something.”

Feinstein’s proposed legislation was previously struck down by the US Senate, and it seems likely that would the case should it go before America’s Republican-dominated upper house again.

Republican senator Ron Johnson, chairman of the Senate Homeland Security and Governmental Affairs Committee, told USA Today that he would oppose the bill if it came up for a vote this week, saying it does not provide enough due process for those covered because they are on terror watch lists, and that Mateen wasn’t on the list anyway.

Some have also mooted a federal ban on assault weapons, although multiple similar proposals have failed in the past.

“We need gun-control laws to add to our freedoms, not take away. We need to make the right decisions for the next generation”

Tragically, the Pulse massacre wasn’t the only shooting in Orlando over the weekend. After a separate incident in which The Voice contestant Christina Grimmie was gunned down while signing autographs after a show at the 1,355-capacity The Plaza Live theatre, also in Orlando, a number of music industry figures also announced their support for tighter gun control nationwide.

Scooter Braun, Justin Bieber’s manager and owner of record labels School Boy Records and RBMG, asked “my fellow Americans to acknowledge we need a system to protect our future and the freedoms we claim to hold so dear. We need gun-control laws to add to our freedoms, not take away. We need to make the right decisions for the next generation.”

That was a sentiment echoed by Kesha, John Legend and actress Julianne Moore, who tweeted:

How many people have to be killed before we act as a nation to #EndGunViolence? #Orlando @Everytown @MomsDemand https://t.co/UBeBearjF2