As analysts suggest the pound and dollar could hit parity by 2017, IQ asks festival bosses if the collapse of Britain's currency spells trouble for the European business 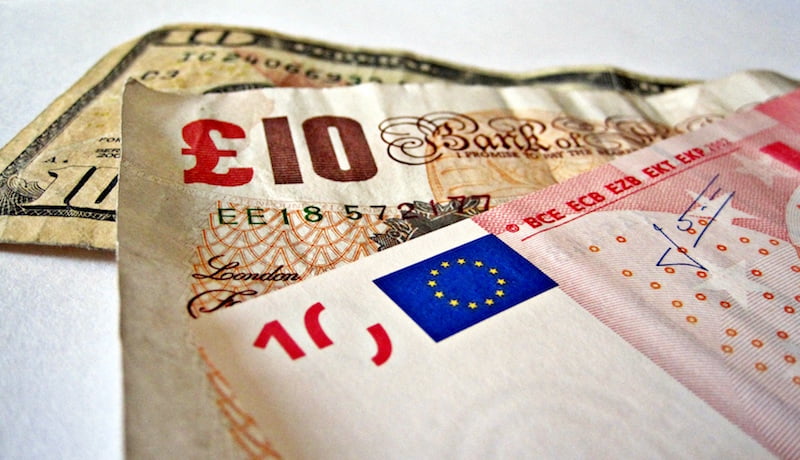 For many British festival promoters, the vote by the UK to leave the European Union last Thursday was an unwelcome shock as they finalise preparations for the busy summer ahead.

The most immediate effect of Britain’s vote for an EU exit, or Brexit (aside from forcing the resignation of the prime minister, a vote of no confidence in the leader of the opposition and four million people to sign a petition calling for a second referendum, that is), was to send the pound sterling into freefall, with the British currency slumping to a 30-year low against the US dollar shortly after the results were announced.

The concerns many in the live music industry have around Brexit are by now well documented – the spectre of the possible reintroduction of carnets and border checks looms large, while others simply believe it sends the wrong message to Britain’s European partners – but the currency issue, and what a weak pound means for UK festivals booking US acts, is one that hasn’t yet been explored.

One promoter who isn’t too concerned – at least in the short term – is Metropolis Music founder Bob Angus, who said his company has already stocked up on dollars to pay most of the American artists who will play V Festival in August. “For this year we’re all fine,” he tells IQ. “[The vote] doesn’t affect us. There are a few smaller acts that we haven’t got the dollars for, but in the grand scheme of things it’s fine.

“Obviously if we wanted to get Americans in next year the offers we can make won’t be as good if the dollar’s still up 15% on the pound, but at this point in time we just don’t know where the currency is going to end up. Whatever happens to the dollar rate in the long term affects everything.”

While Angus says he doesn’t believe the UK will see a raft of festivals with substandard line-ups in 2017, he acknowledges that ticket prices may have to rise if the pound hasn’t recovered by this time next year. “When you’re at finite capacity venues there’s only so much sterling there, so the only way you can counter it – to maintain those dollar fees – is to put ticket prices up.

“But with everything that’s been talked about – VAT changes, whatever – Christ knows what’s going to happen. I don’t think anyone really knows where everything’s going.”

Neil Warnock, head of music worldwide at United Talent Agency, says many of the promoters he works with “also had the foresight to buy their dollars when they were in the mid-$1.40s” (as of the time of writing, £1 will get you $1.34), but notes that “a lot of the deals for US acts will have been agreed” at the same, more favourable exchange rate anyway.

Fiona Stewart, festival director of independent 20,000-capacity event Green Man, confirms Warnock’s view that currency fluctuations won’t affect her locked-in US artist contracts for 2016 (artists appearing at Green Man who’ll presumably be paid in dollars include Edward Sharpe and the Magnetic Zeros, Warpaint and Grandaddy), but says it “might be a very different situation” when fees are negotiated for next year.

“It’s difficult to know what’s going to happen in future years,” she says. “We can only pay what we pay. With artist fees being quite high in a competitive market, you’re in a better position if the economy is robust.”

However, Stewart emphasises that there are “lots of reasons why artists and agents want to play festivals”, and states that for independent events like Green Man, “you have to hold out for the fact that there are people who want their artists to perform for reasons other than just the top amount of money they can get”. “I imagine the pressure is really on for events which have the more popular, big-name billings,” she adds.

“If the music industry were being driven just by what goes on in the financial markets, we wouldn’t be who we are. We promote music and we’ll make it work”

If Stewart isn’t concerning herself too much with Brexit economics, it’s because she’s more worried about “more pressing” issues like the potential increase in the PRS tariff – “that’s real, and that’s happening now, and we don’t know what’s going on with it” – and the threat to live music from commercial development. On a rise in tariffs, she says: “Lots of money is going to be expected from festivals – and we already know about that.”

Festival Republic managing director Melvin Benn says his organisation, which promotes Wireless, Latitude, Electric Daisy Carnival UK and the Reading and Leeds Festivals, “as a matter of course” also buys dollars in advance and tells IQ he consequently doesn’t expect the falling pound to “hit our bottom line at all”.

While Benn says last Friday was, for him personally, “the darkest day of my life”, he doesn’t expect to see “any change at all” in either line-ups or ticket prices in 2017. “If the music industry were being driven just by what goes on in the financial markets, we wouldn’t be who we are,” he says. That’s what the City does – we promote music and we’ll make it work.”

Owen Smith of Gibraltar Music Festival – uniquely placed as a British festival in continental Europe – is only paying one act in dollars, “and we bought some of them beforehand”, but is more concerned about the euro, by which the pound has also fallen 10 points since the vote.

“A lot of our production costs are in euros and that’s a bigger issue for us,” he explains. “Even a few cents can make a big difference to us, so we’re keeping an eye on things in case we need to look at the budget again.”

“The UK is strong and people want to deal with us, especially in the live music business. We will increase the value of the pound back to where we were, and beyond”

Looking at the devalued pound from an artist’s perspective, music industry accountant Bill Zysblat, David Bowie’s long-serving business manager, says American acts touring Britain could face as much as an 8% pay cut, but says the decrease in wage will be offset by lower prices in their host country. “Sure, your gross in [revenue] has gone down, but so has the cost of everything, [such as] hotels, travel, etc.,” he tells Billboard.  So, it’s really just the net that gets hit, which is important, but a fraction of the gross.”

Stewart says her biggest issue with Brexit is its impact on “how we’re seen as a nation”. “People want to visit a country because they have an image of the country or festival – you don’t book a flight to somewhere that’s not going to be welcoming or enjoyable,” she says. “We’ll have to see how that affects what people’s image of Britain is going to be in the future.”

Speaking from a business perspective, Warnock is more upbeat: “My opinion – and it’s purely an individual one – is that the UK is strong and people want to deal with us, especially in the live music business,” he says. “We will increase the value of the pound back to where we were, and beyond. In the short term there is chaos, but long term we shall overcome, to quote the song. I voted to stay in Europe, but now that we’re out, we’ve just got to deal with it.”

Benn has the final word: “If we [the UK] didn’t have the best festivals in the world, we might have a problem. But we do, and the artists will want to come and play them – there’s no doubt about that in my mind.”