In this week's round-up: Noel joins the picnic, it's all Dutch to Tom Odell, no Euros at Glasto, Heaven knows Morrissey's playing more festivals 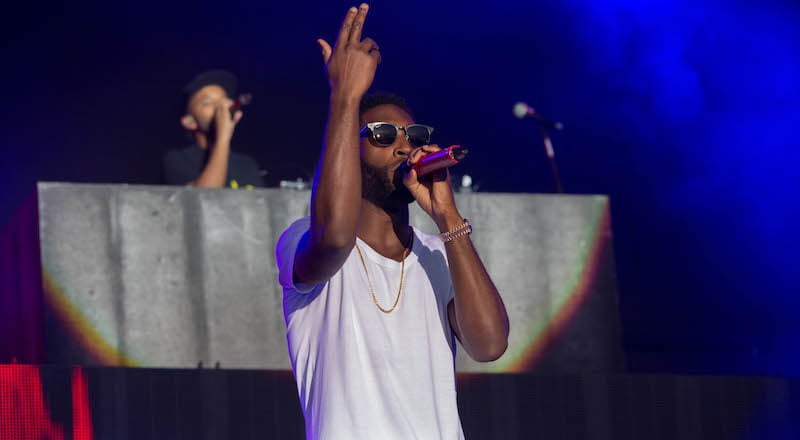 Tinie Tempah, pictured at Sundown 2014 at Norfolk Showground, is among the final acts for Sziget

Hungary’s Sziget festival today made its last major line-up announcement ahead of the seven-day event in August.

The Chemical Brothers, Tinie Tempah, Editors, Boy, Børns, Fedde Le Grand, Laidback Luke and 17 other acts have been booked to perform on the independent festival’s ‘Island of Freedom’ in the Danube from 10 to 17 August.

The festival, founded and promoted by Hungarian entrepreneur Károly Gerenda, last year saw a record-breaking attendance of 441,000. Tickets for Sziget 2016 are, according to the festival, roughly 90% sold out. (Editors photo by PJGDesign.nl.)

Morrissey (who, by the way, after the uncertainty of two weeks ago has confirmed he is appearing at Riot Fest after all) has added a second festival date in the form of Flow Festival in Helsinki.

Described by boutique foodie event Flow as a “lyricist with a penchant for songs that do not shy away from controversy”, the ex-Smith will headline Saturday 13 August, joining FKA Twigs, The Last Shadow Puppets, M83 and The Kills at a disused power station near the centre of the Finnish capital. (Morrissey photo by Mark Oshiro.)

British singer-songwriter Tom Odell, drum and bass act Chase & Status and recently reformed Australian plunderphonicists The Avalanches (also playing Primavera Sound, Field Day and Australia’s Splendour in the Grass) at A Campingflight to Lowlands Paradise (that’s Lowlands for those in a rush) in August.

It’s not just those who want to vote in the EU referendum the old-fashioned way who are going to miss out at Glastonbury 2016: football fans won’t be able to watch the Euros between bands either.

In a statement, the Eavises explain: “With this summer’s Euro 2016 tournament in France fast approaching, we have being asked about our plans for screening any matches during the Festival. With the kick-off times of the tournament potentially clashing with headline sets, the decision has been taken that no matches from the tournament will be shown at Glastonbury this year.”

This means your correspondent won’t be able to watch England ignominiously lose to Germany, thus ruining the rest of the afternoon, as he did with the World Cup at Glastonbury 2010. More’s the pity.

Festival Republic’s sold-out Electric Picnic last week added no less than 22 new names for its 13th edition, which will be held in County Laois in the Republic of Ireland in the first week of September.

Finally, today saw the release of this month’s ETEP results, which rank the most-booked acts for European Talent Exchange Programme-affiliated festivals in 2016 so far.

Nineteen-year-old Norwegian singer-songwriter Aurora is still on top (as she was in March and May) with 12, with Blossoms (11) just one booking behind and Dutch blues band My Baby (6) jumping up to third. (Blossoms photo by Jorn Baars.)