In this week's round-up: Tributes to Bowie and Orlando, LIMF on the air, new Hyde Park headliner, quiet summer for Primal Scream 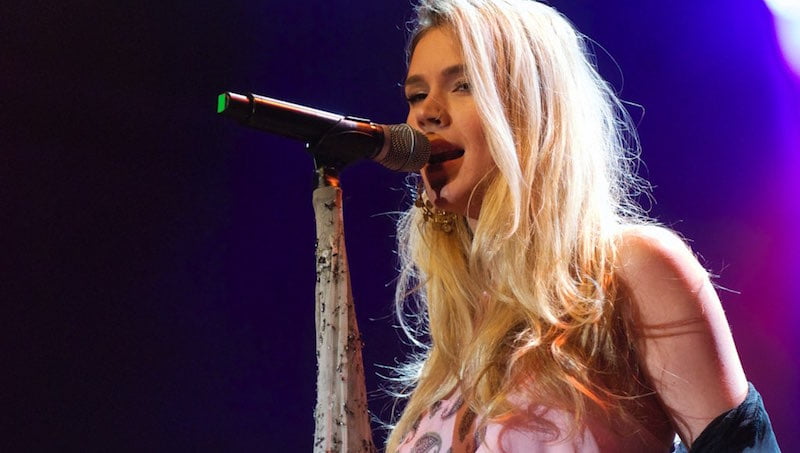 Over 30,000 tickets have been sold for the festival, promoted by Ģirts Majors’ Positivus Music, which takes place from 15 to 17 July.

Primal Scream have cancelled their slots at eight festivals, including Azkena Rock Festival, Musiqes en Stock, the Beat-Herder, Rock in Roma and the Secret Garden Party, after frontman Bobby Gillespie fell off the stage at Caribana Festival in Vaud, Switzerland, last week.

The band revealed on Twitter that Gillespie has been ordered to rest for a “minimum of eight weeks”.

Headliner Elton John and main support act Madness are the first acts to be announced for the BBC’s Radio 2 in Hyde Park 2016.

A host of new names have been announced for Butlin’s’ Great British Folk Festival this December.

Joining headliners Donovan, Levellers and Kate Rusby in Skegness will be Bob Geldof, Oysterband, Lindisfarne, a Ronnie Lane-less Slim Chance, Gryphon and more. Tickets start at £79 and include three nights’ accommodation at the Butlin’s Skegness resort.

IQ revealed in February that Butlin’s will welcome close to half a million visitors to 58 festivals at its three holiday parks throughout 2016. (Bob Geldof photo Matthias Muehlbradt.)

Liverpool International Music Festival (LIMF) has announced the launch of a ‘pop-up’ radio station, LIMF Radio, for its 2016 event.

The station, broadcasting on 87.7 FM and online at www.limfradio.co.uk, will “reflect the past and present Liverpool music scene, as well as featuring artists and bands who will be taking part in July’s highly anticipated event”. It will also provide training for 35 local young Liverpudlians who want to work in radio.

Artists playing the free festival, backed by the city of Liverpool, include Sigma, The Wombats, Wretch 32, The Lightning Seeds, Buzzcocks and Lianne La Havas.

Queen and singer Adam Lambert dedicated their headline slot at the Isle of Wight Festival last weekend to the victims of the Pulse nightclub shooting.

Lambert, who has sung with the band since 2011, said: “This song [‘Who Wants to Live Forever’] is dedicated to those who lost their lives in Orlando, Florida, and anyone who has been a victim of senseless violence or hatred.” (Queen/Adam Lambert photo by DianaKat on SmugMug.)

The festival also paid tribute to the late David Bowie, selling Aladdin Sane masks to raise money for charity Stand Up to Cancer and putting on a tribute featuring Andrea Corr and Gary Kemp of Spandau Ballet, who sung a medley including ‘Starman’, ‘Heroes’, ‘Rebel Rebel’ and ‘All the Young Dudes’.

Promoter John Giddings, who was Bowie’s agent for over 30 years, described him as a “true friend to the festival”.