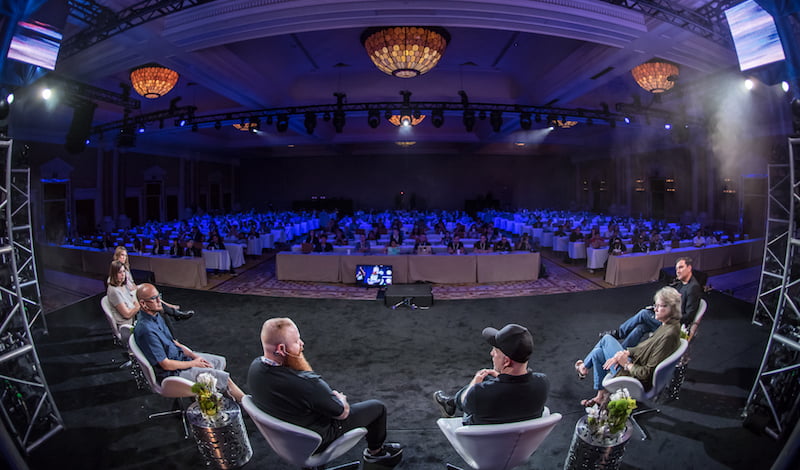 Speakers and audience at the EDMbiz Drugs in Dance Music panel

After a particularly lethal year in electronic dance music (EDM), industry figures came together in Las Vegas last week to discuss how to prevent future drug-related deaths at EDM events and plot a way forward for the embattled genre.

Stefanie Jones called for a three-pronged approach combining better education, an effective medical response and the need for the industry to “come together and look out for each other”.

After thanking and saying she was “in awe” of audience members who came onstage to share their own experiences with drugs, Jones criticised the “tiny, limited conversation about drug use” in America, saying the lack of discussion and transparency about drug use at festivals is symptomatic of a “wider cultural issue” at the heart of EDM’s drug problem.

“We have a tiny, limited conversation about drug use in this country, and that’s one of the things that needs to change”

The consensus was also, however, that personal responsibility is key, and that festivalgoers should be accountable for their own actions and aware of exactly what they’re putting into their bodies.

Following the deaths of two people at Sunset Music Festival in Tampa in late May and five fatalities at Forever Summer in the Philippines the week before, the death toll for major EDM festivals now stands at 24 in the 13-month period since May 2015.

Other EDMbiz highlights included the ‘Beyond the Boys’ Club: What’s Next for Women in Dance Music’ panel, in which the Recording Academy’s Neda Azarfar said that to increase female participation in the industry would take the efforts of both men and women (“It’s about both the men on the inside […] being aware of their biases, and the women who have made it giving back ten-fold to the women below and behind”), and a presentation by Nielsen’s Matthew Yazge in which he profiled the spending habits of EDM fans, finding that they spend 35% more on music, are 68% more likely to attend music festivals and 21% more likely attend concerts than the average concertgoer.