Brexit: What next for the UK live music industry?

With a British exit from the European Union now a reality, the UK music business sets a course for uncharted waters 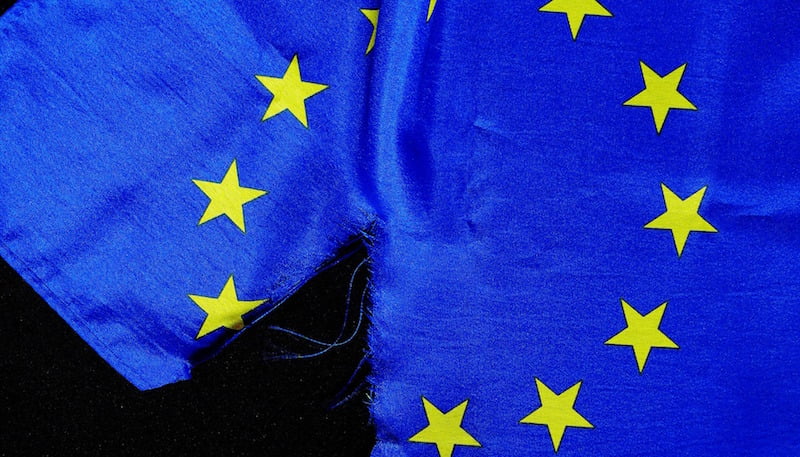 On Thursday 23 June, the United Kingdom voted by a margin of 52–48 to leave the European Union (EU), paving the way for a British exit (Brexit) from the 28-country politico-economic union of which it has been a member since 1973.

Prior to the vote, IQ spoke to two groups of European live music professionals – in March, tour managers, travel agents and transport companies, and last week, agents, promoters and industry associations – the vast majority of whom were in favour of staying in. With that no longer an option, what happens now?

“Politics aside, a decision has now been made and it is important to minimise divisions amongst us,” said Andy Heath, chairman of campaign group UK Music, which lobbies for the British music industry, both live and recorded, in Westminster. “We are in a new world and we must move forward positively.

“British music is strong and successful and will remain an essential part of a rich and diverse European culture. We should not be scared by change; we should see it as a positive opportunity. We are an export-led business and consumers around the world want our music, artists and products, and this will not change after [Thursday’s] decision. UK Music will continue to protect and promote our members, creators and businesses to ensure they are best represented to continue achieving this global success.”

“British music is strong and successful and will remain an essential part of a rich and diverse European culture. We should not be scared by change; we should see it as a positive opportunity”

Jo Dipple, the group’s CEO, added: “Clearly there are lots of very important decisions that will be made over the next few weeks. We will have a new prime minister in the autumn [and] there will be a new government, and UK Music will work very hard with the new administration to ensure the music industry continues to be well served by the British government

“We need a united business voice to ensure that when renegotiations take place, markets continue to serve the music industry. In [pro-Brexit culture secretary] John Whittingdale, we have a politician who understands the creative and music sectors and will have our best interests at heart.”

Mark Mulligan of music-focused market research company MIDiA – it of Decoding the Live Event Consumer fame – said the vote “ushers in a period of the unknown”, the outcome of which depends largely on the attitudes of those left behind. “The transition will be a lot smoother if the prevailing attitude is one of wanting to minimise regional disruption than if they want to give the UK a bloody nose,” he said. “Both scenarios are strong possibilities.”

“In John Whittingdale, we have a politician who understands the creative and music sectors and will have our best interests at heart”

Mulligan said financial markets will play a “defining role” in future UK–EU negotiations, noting that, as expected, “the markets are already showing volatility that could result in far-reaching implications for all aspects of the music business”.

“The value of the pound surged on news that polls suggested a remain vote, but collapsed to a 31-year low on news of the leave vote,” he added. “Buying goods and services from across the globe, not just Europe, looks set to become more expensive for media and tech companies of all sizes due to the weakening of the pound on the international currency markets – though the flipside of a weakened pound is that British goods are cheaper to buy, so export demand could rise.”

He also said investment in British companies could suffer if “elements of the UK financial system start to deliver on their promises to relocate in the face of Brexit, the knock-on effects [of which] could be a slowdown in finance further down the chain, [denting] the vibrancy of the UK tech start-up scene.”

“All of the above could happen, but equally much of it may not,” he concluded. “And that is the heart of the outlook for post-Brexit vote UK: we simply don’t know. The only probability is that larger media and tech companies are likely to weather the storm better than smaller ones.”

John Reid, the president of concerts in Europe for one of those larger companies, Live Nation, tells Billboard Brexit “won’t affect overall business” for Live Nation in the UK. “We just have to pay continual and close attention to currency swings, both long and short term,” he said. “The bigger picture is: I hope it doesn’t tip the EU into deeper economic recession.”

Some have also expressed concern about the UK’s future in the ‘digital single market’, which aims to harmonise copyright laws across Europe.

“Europe has sought to craft uniform rules that protect intellectual property, safeguard consumer data, eliminate mobile-phone roaming charges and end country-by-country restrictions on content like movies and TV shows,” wrote business columnist Thomas Lee in the San Fransisco Chronicle. “Brexit threatens this effort. The United Kingdom, a substantial overseas market for American internet companies, will probably impose its own regulations. And the countries remaining in the European Union are more likely to take a protectionist line.”

Musicians, meanwhile (with the possible exception of Bryan Adams), are mostly similarly disheartened, reflecting the consensus reached at the Featured Artists Coalition’s Brexit panel last Tuesday, at which Everything Everything bassist Jeremy Pritchard said he doesn’t know “a single musician that’s ‘out'”.

At Glastonbury over the weekend Damon Albarn opined that “democracy has failed us, because it was ill-informed”, while Ellie Goulding, Lily Allen, Johnny Marr, Disclosure and Billy Bragg took to Twitter to express similar sentiments.

“It will make touring a lot harder, but freedom of movement isn’t literally going to stop. I’m sure there’ll be a European visa”

However, some are more upbeat: Arriving at Glastonbury last week, Paul Heaton (The Housemartins, The Beautiful South) told BBC music reporter Mark Savage: “I think we’ll still have a positive relationship with Europe. I’m old enough to remember how it was before [the EU] and the British passport has always been looked on as something that’s fairly easy to get in and out of countries with.”

The 1975’s Matt Healy agreed: “It will make touring a lot harder, but freedom of movement isn’t literally going to stop. There’ll still be soft borders. I’m sure there’ll be a European visa.”