Are Cheryl, Mike and Jay eurosceptics? Leave.EU will be hoping so as it unveils a third line-up for its troubled pro-Brexit concert 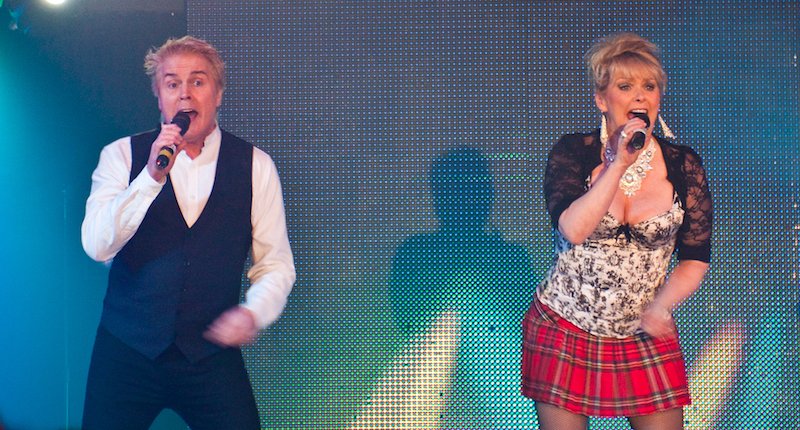 After two false starts, pro-Brexit campaign group Leave.EU will be hoping it’s third time lucky for its bpopLive music festival as it unveils a new line-up.

Despite the event’s stated aim of encouraging young people to register to vote ahead of the 23 June referendum on the UK’s membership of the European Union, the latest acts are more suited to those old enough to vote in the first referendum in the ’70s: Cheryl Baker, Mike Nolan and Jay Aston of 1981 Eurovision winners Bucks Fizz and Sweet Dreams singer Bobby McVay (performing collectively as the catchy Cheryl, Mike and Jay, formerly of Bucks Fizz, with Bobby McVay), Elvis Presley impersonator Gordon Hendricks and soul singers Alexander O’Neal and Kenny Thomas.

In a somewhat self-deprecating statement, Leave.EU said: “Move over, Glastonbury – third time’s the charm for bpopLive!

“Journalists wondering how bpop could possibly top East 17 and two-fifths of 5ive need wonder no longer, as the Eurovision stars will be joined on stage by none other than Gordon Hendricks as the King himself, Elvis Presley. (Here’s hoping he won’t be giving us his rendition of ‘So Close, Yet So Far’ on 24 June!)”

“Move over, Glastonbury – third time’s the charm for bpopLive!”

Drum and bass band Sigma, electro-swing group The Electric Swing Circus, dance duo Phats & Small and UK garage act DJ Luck and MC Neat were originally due to perform at bpopLive before the event collapsed after Sigma said they are “in no way supporting the event” and DJ Luck and MC Neat stating that they “didn’t even know it was about that [Brexit] to be honest”.

bpopLive 2.0, too, fell apart in the space of 24 hours after losing Alesha Dixon, Sister Sledge, 5ive, East 17 and Rose Royce’s Gwen Dickey. Dixon’s manager said “Alesha has no political allegiances either way on this issue”, while a statement from 5ive read: “When Rich and Scott agreed to play the event they understood that it was a pop concert funded by one of the Brexit organisations and not a political rally.”

bpopLive will take place at the Genting Arena in Birmingham on 19 June.

IQ asked European live music professionals for their predictions on how the industry might look following ‘Brexit’, or Britain’s exit from the EU, in March.