The iconic San Francisco venue, which found fame in the psychedelic '60s before reopening in 1991, tops CoS's top 100, ahead of the Bowery Ballroom and Chicago's Metro 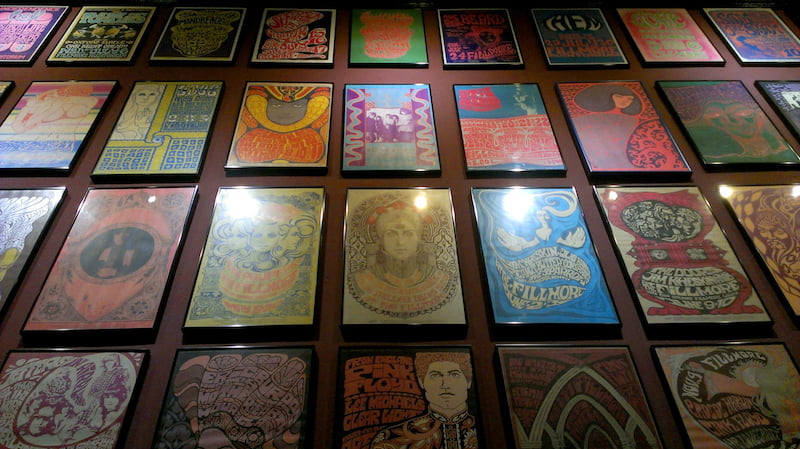 The poster room at the Fillmore. Venue staff have created a poster for almost every gig since 1965

The Fillmore in San Francisco has been named America’s greatest music venue by online music magazine Consequence of Sound.

The Fillmore opened in 1912 (as The Majestic) but was made famous in the late ’60s by promoter Bill Graham, who booked leading underground acts such as the Grateful Dead, The Doors, The Jimi Hendrix Experience, The Who, Pink Floyd, Cream, Miles Davis, Aretha Franklin and Otis Redding for the 1,199-capacity venue. It closed in 1970 and lie vacant for many years before becoming a punk club, finally reopening as a tribute to Graham in 1991 following his death in a helicopter crash.

Acts like The White Stripes, Radiohead, Blur, The Foo Fighters, and countless others have all visited The Fillmore on their way to superstardom. The space has also been a favourite spot for secret shows from contemporary heavy-hitters like Metallica and the recently departed Prince, and is often used as a filming locale for stand-up comedy specials. To this day, a ticket to the Fillmore ensures a poster and an apple on the way out, a friendly “farewell” from the greeter at the top of the stairs and a concert experience unlike any other.

New York’s Bowery Ballroom – in the news on IQ recently following the purchase of promoter The Bowery Presents by AEG Live – is ranked second in CoS‘s top 100, with Nina Corcoran calling it “an establishment that’s as much a brand as it is a vital organ of New York City’s music scene, and it won’t be stopping anytime soon”, while the 1,100-capacity Metro Chicago – where “rare is a night when even the sloppiest, dirtiest, and straggliest outfit doesn’t come off sounding legendary” – is third.