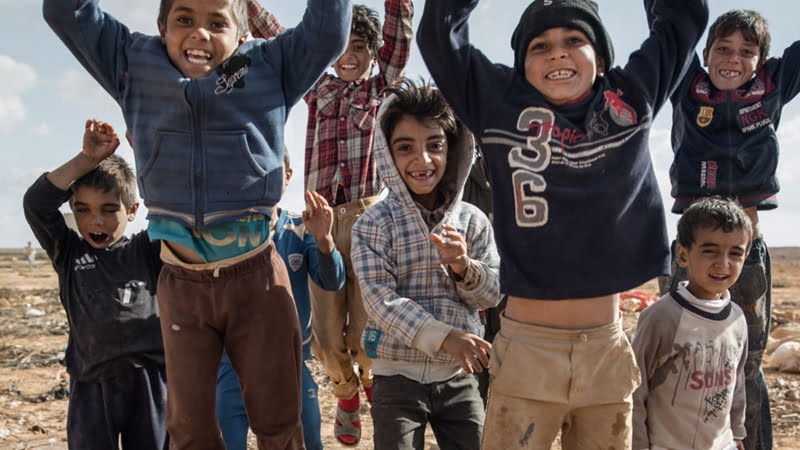 The International Rescue Committee (IRC) is teaming up with stars from music, art, film and sport to raise money for the Syrian refugee crisis.

The brainchild of Blur drummer Dave Rowntree, the Star Boot Sale will see some of the UK’s most well-known faces donating personal items for charity, including the Stone Roses, Hot Chip, Blur, comedian David Walliams, ex-Spice Girl Mel C and artist Dom Pattinson – a number of whom have agreed to make surprise appearances at the Old Truman Brewery in London on the day of the event, 22 May.

More than half of the population of Syria has fled their homes because of the conflict. Jordan is hosting 635,000 refugees, meaning one in every 10 people there has been displaced. Almost all of them are living outside of formal camps and have little access to even basic services.

Speaking of a recent visit to Jordan, Rowntree says: “Nothing can be more difficult than having to uproot your life and your family and leave everything behind. But that’s what this war has done to hundreds of thousands of Syrian people whose lives are now on hold.

“The refugee crisis is in the news every day, but many of us feel powerless to help. By taking part in the Star Boot Sale you can make a real difference to the lives of some of the world’s most vulnerable people”

“The refugee crisis is in the news every day, but many of us feel powerless to help. By taking part in the Star Boot Sale you can make a real difference to the lives of some of the world’s most vulnerable people. It will be a fun day out with shopping, entertainment and food stands – but most importantly, all funds raised will support the IRC’s vital work in the region.”

The Star Boot Sale will also include an online auction of items donated by celebrities including Coldplay, Stephen Fry, Ant & Dec and actor Paddy Considine, ranging from signed records to unique artwork by some of the UK’s leading artists. These will be available to purchase through boot sale app Shpock.

Armin Strbac, co-founder of Shpock, says: “Shpock is excited to be a part of the Star Boot Sale 2016, and supporting the IRC to raise vital funds for thousands of people who have been forced from their homes. The money will go towards vital mobile health clinics ensuring that refugees can have access to doctors, nurses and midwives and receive the care they deserve.”

Tickets for the event, costing £13.50 plus fees, are sale now. For more information and to receive updates about celebrities’ items added to the online auction visit www.starbootsale.com or follow @starbootsale and @IRCUK.