Nineties and noughties popstars will perform at the new-look bpopLive, the "biggest political rally in modern British history" 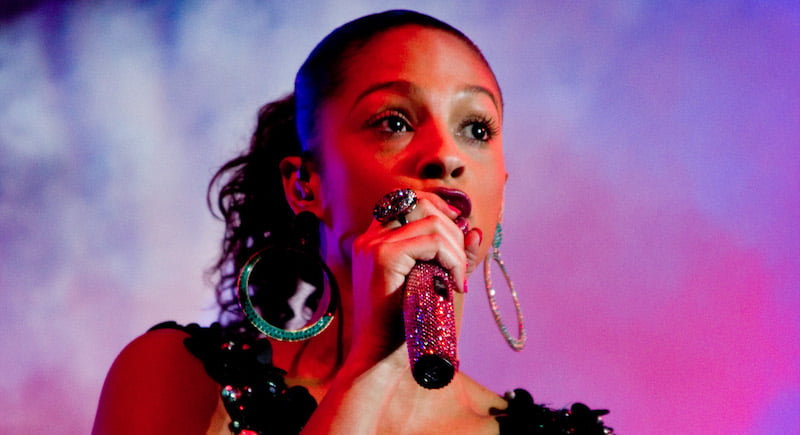 Alesha Dixon performs in Leeds in 2008

Update: In the space of 24 hours, Alesha Dixon, Sister Sledge, 5ive and East 17 have all pulled out.

Dixon’s management says “Alesha has no political allegiances either way on this issue”, while a statement from 5ive reads: “When Rich and Scott agreed to play the event they understood that it was a pop concert funded by one of the Brexit organisations and not a political rally.

“As it has come to light that this is more a political rally with entertainment included they have both decided to cancel their involvement. They would like to make it clear that as a band 5ive have no political allegiances or opinions for either side. Their allegiance is first and foremost to their fans.”

Leave.EU-backed promoter Brexit Live was forced to hastily pull together a new line-up after drum and bass act Sigma pulled out of the concert, set for the 15,700-capacity Genting Arena in Birmingham on 19 June, after discovering it was a political event in favour of Britain’s exit from the European Union. Other previously announced acts Electric Swing Circus, Phats & Small and DJ Luck & MC Neat have apparently all followed suit.

“We are delighted to be endorsing this event, which we believe will be a fantastic finale to the referendum campaign”

It is thought UK Independence Party (Ukip) leader will appear at the event, billed as “the biggest political rally in modern British history”, as will other a number of other “special guest speakers”.

Andy Wigmore, Leave.EU’s head of communications, says: “We are delighted to be endorsing this event, which we believe will be a fantastic finale to the referendum campaign.”

IQ asked European live music professionals for their predictions on how the industry might look following ‘Brexit’, or Britain’s exit from the EU, in March.