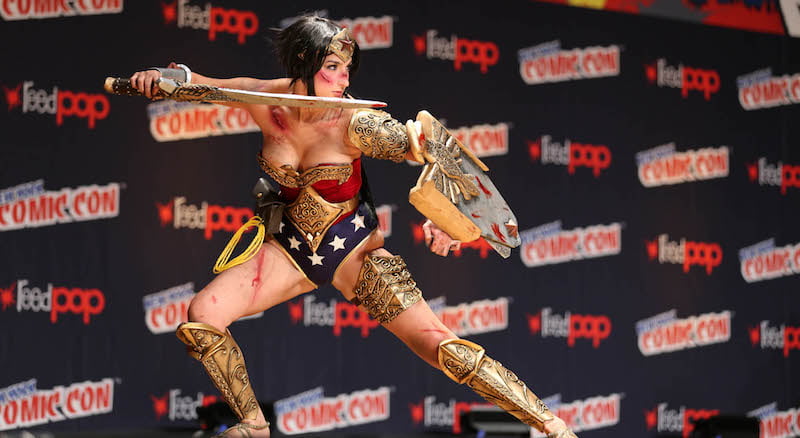 A Wonder Woman cosplayer at NYCC 2014

Anyone wanting to attend in October will be required to fill in a ‘fan verification’ profile before they can buy tickets, with each ticket individually assigned to that profile. Tickets will only be sold online, and while buyers can buy more than one pass, they will be limited to one ticket per person per day.

In a statement posted on its website, organiser ReedPOP explains:

“While supply and demand still means that some fans who want to attend New York Comic Con might not get tickets or might not get the ticket type that they want, it’s our mission to eliminate (let’s be honest – the goal is to completely annihilate) the amount of scalpers and resellers who end up with tickets. So this year NYCC will be changing the way tickets are sold and requiring fan verification.

“What does fan verification mean? It means we are requiring anyone interested in attending NYCC to fill out a profile between 20 May and 13 June. We recognise that this is an extra step before buying your tickets and requires more commitment from you, but we also know that as true fans of the show, you won’t mind making it tough for the supervillains out there. It means you guys have to do a bit more work to get your ticket, but it will help make sure NYCC tickets get into the hands of fans. We truly thank you for your maximum effort (as our favourite merc with the mouth would say).” (That’s Deadpool, for the non-comic-reading among you.)

Last year’s NYCC at the Javits Center was attended by 167,000 people over four days.

In April rival comic-con organiser Wizard World announced the launch of a Grimes-headlined concert series as it seeks to plug a £4.3m hole in its finances.