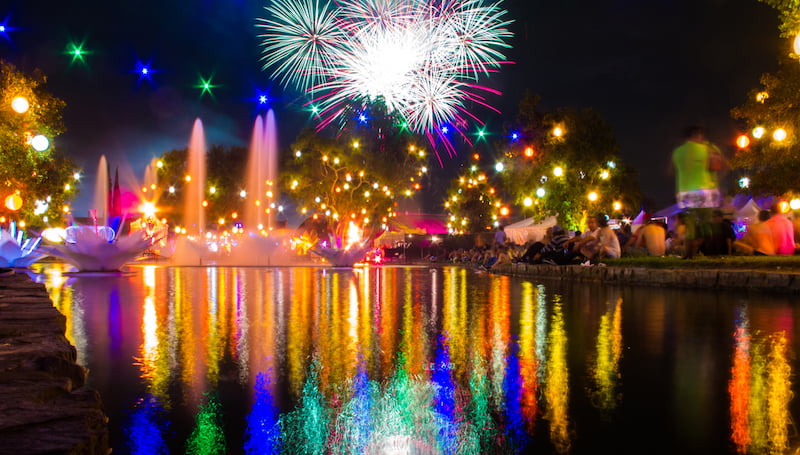 Fireworks illuminate the sky at Nocturnal Wonderland 2012 at its previous home in Apache Pass, Texas

A San Bernardino County councillor has said she will seek to ban dance music events from the San Manuel Amphitheater, the home of Insomniac Events festivals Beyond Wonderland and Nocturnal Wonderland.

Janice Rutherford, a member of San Bernardino County’s board of supervisors (roughly equivalent to a county council), says the county has received “dozens, if not hundreds” of complaints from residents since the two events moved to the 65,000-capacity amphitheatre in Devore, California, in 2013, when the county entered into a contract with Insomiac parent Live Nation.

According to the San Bernardino Sun, resident complaints focus mainly on the noise (reportedly so loud it “causes their windows to rattle and their walls to vibrate”), with heavy traffic, “rampant drug use and drug sales, overdose deaths and public indecency” also bugbears.

Nearly 250 people were arrested at this year’s Beyond Wonderland, headlined by Armand Van Helden, Ghastly, Marshmello and Gouryella, for various offences including trespassing, being drunk in public and drug-related crimes, chiefly possession of ecstasy/MDMA with intent to supply.

Rutherford will put the proposal to vote at a board meeting on 24 May.

At the the previous meeting, on 4 April, one Devore resident said the “rave events” go “beyond what anybody should endure”. Referring to a trio of people who have died of drug overdoes at previous Beyond/Nocturnal Wonderland events, she said: “When I look at certain business situations I look at the risk factor, and when I see such a high liability happening I do not participate in it. And I believe [that] Live Nation is putting San Bernardino County in huge, huge liability.”