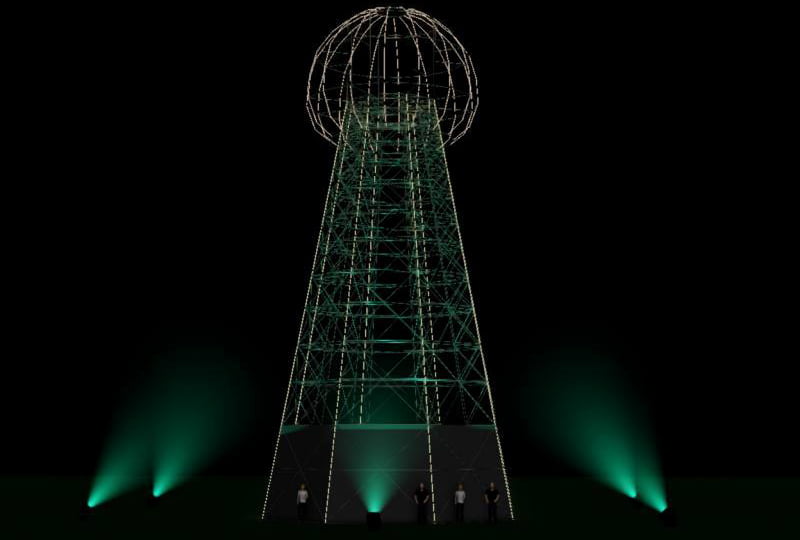 InMusic, Croatia’s largest open-air music festival, will this year dedicate its main stage to both David Bowie and inventor Nikola Tesla with the construction of a 100-foot replica of Tesla’s Wardenclyffe Tower.

The original tower, also known as ‘Tesla Tower’, was one of the world’s first wireless transmitters and stood in Long Island, New York, from 1901 to 1917.

InMusic promoter Vibro limes explains that “in a year that marks the 160th anniversary of the birth of one of the most important scientists [in history], Nikola Tesla, and when contemporary culture lost one of the most creative and influential artists of our time, David Bowie, the organisers of the largest Croatian festival of contemporary music decided to pay a special tribute to these great artists”.

The festival will present a “unique 360° audiovisual projection” celebrating the life of both men, who it says have “shaped the modern world as we know it”.

Bowie played Tesla in the 2006 Christopher Nolan film The Prestige, and Vibro limes states that the two shared a “fascination with the universe”. In his autobiography, My Inventions, Tesla discusses his dream of establishing a “‘World-System’ of [wireless] musical distribution”.

Florence + the Machine and PJ Harvey will headline this year’s InMusic, held on Youth Island in Zagreb from 20 to 22 June.