First Tomorrowland Germany sells out in an hour

30,000 people will gather in Gelsenkirchen's Veltins Area for a live-streamed three-hour set from the main event in Belgium, plus nine hours of live music 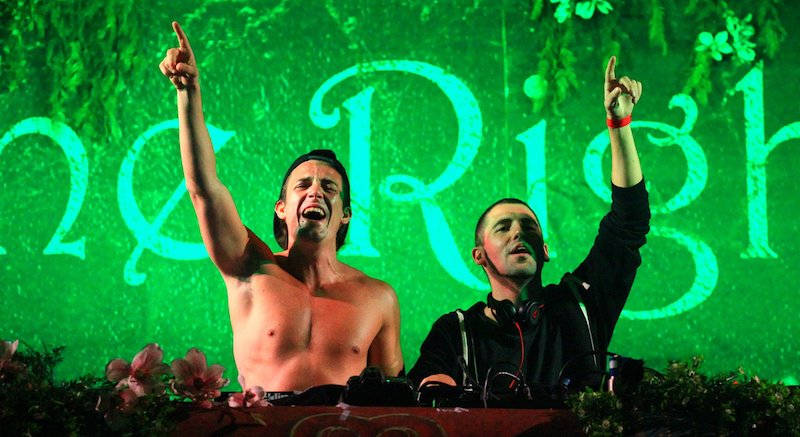 Dimitri Vegas & Like Mike perform at TomorrowWorld 2013 in Belgium

The 30,000 tickets allocated to the German leg of the second Tomorrowland Unite (or, in full, Unite – The Mirror to Tomorrowland) sold out in under an hour on Friday, demonstrating further that corporate instability at bankrupt parent promoter SFX Entertainment hasn’t dampened audiences’ enthusiasm for ID&T’s Belgian long-running dance music festival.

Tomorrowland Unite Germany will take place on Saturday 23 July at the Veltins Arena in Gelsenkirchen and feature a live stream of sets by Dimitri Vegas & Like Mike, Nicky Romero and Afrojack at Tomorrowland in Boom, Belgium, plus nine hours of live performances by DJs in Gelsenkirchen. The event will be jointly organised by ID&T/SFX and local promoter Big City Beats.

DJs Laidback Luke, Yves V and Robin Schulz will be flown by helicopter into Germany from Boom, reports WAZ, with German DJ Le Shuuk also on the bill. Attendees will stand on the grass at the 54,740-capacity arena, with capacity limited to 30,000.

“What a start to the partnership of Tomorrowland and Big City Beats,” says Big City Beats chief Bernd Breiter. “Both teams have grown together so quickly and confidently, culminating in the incredible success of Unite – The Mirror to Tomorrowland in Gelsenkirchen.”

There will also be sister Unite events in Mexico, India, Japan, Colombia, South Africa and Israel.