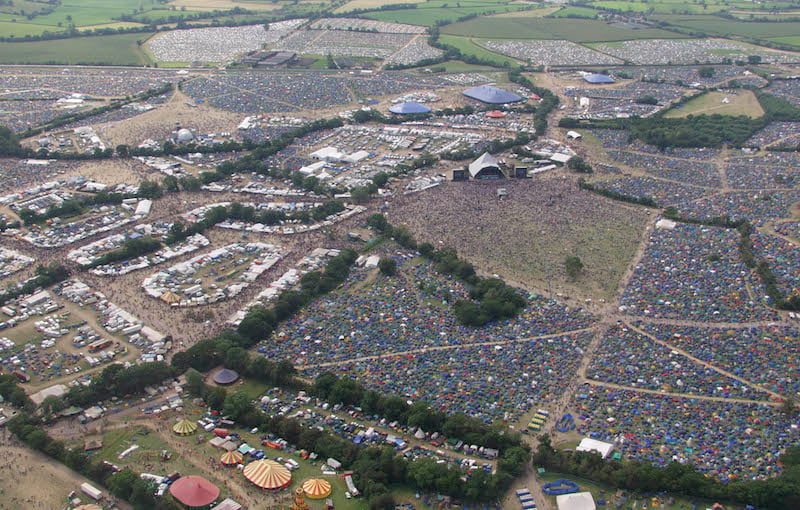 The main Glastonbury Festival will "always" be at Worthy Farm, but a separate event is planned

Quashing speculation that Glastonbury Festival is to move from its current home at Worthy Farm in Somerset to elsewhere in the UK in 2018, festival co-promoter Emily Eavis has revealed that plans are afoot to stage a separate festival during the ‘fallow year’.

“It’s going to be the whole team behind the Glastonbury Festival but it’s not going to be called Glastonbury,” Eavis tells the BBC. She revealed that the new festival, tipped for Longleat in Wiltshire, will be a “visual feast” with “larger-scale installations, as well as music”.

“The main thing to set straight is that Glastonbury Festival itself will always be at Worthy Farm,” she adds.

A host of new acts have been announced for this year’s festival – which will, Eavis says, feature a number of tributes to the late David Bowie, including a giant Aladdin Sane-style lightning bolt on the Pyramid stage – over the past week, including left-wing singer-songwriter Billy Bragg for the Left Field tent, Newton Faulkner, Turin Brakes, Will Young and Corinne Bailey Rae for the Field of Avalon and Delta Heavy and Sub Focus for the Common, which “embodies the true spirit of the festival” with “tribal temples and dark caves, incredible live music, ritualistic paint throwing, tomato fights, a Celtic festival of the dead and a jaw-dropping waterfall”. (Will Young photo by Richard Heaven.)

Festival of House, the new Scottish dance music festival which IQ last week reported might struggle to obtain an entertainment licence after councillors highlighted “significant gaps” in its planning, will not go ahead.

In a statement on the event’s website, posted the day before Festival of House was scheduled before a council licensing board, festival director Craig Blyth writes: “We are extremely disappointed to have reached this decision. The gap between all parties in terms of key plans is such that it is incapable of resolution in the time left before the event [10–11 June] and that to go forward with tomorrow’s licensing hearing would be harmful to the relationship between the parties involved.

“We have proposed a formal debriefing to Angus Council, presenting an opportunity to look forward to planning another event timeously for next year. Lessons can be learned by all parties from such an exercise.”

Breton alt-rock festival La Route du Rock has announced the first acts for its summer 2016 event. Belle and Sebastian, La Femme, Tindersticks, Battles, Hælos, Battles, Minor Victories and Lush will be among the 30 performers at the Association Rock Tympans-promoted festival, which takes place from Thursday 11 to Sunday 14 August in the ruins of a castle in Saint-Malo.

Neo-krautrock act La Femme will also play two weekends later and some 250 miles away at Rock en Seine, just outside Paris. She’ll be joined at the festival, headlined by The Last Shadow Puppets, Foals, Iggy Pop and Massive Attack, by a number of new additions, including Soulwax, Editors, Peaches, Aurora, Logic, Miike Snow, Slaves and The Temper Trap.

Hælos and Minor Victories, meanwhile, will also pop up at Positivus in Latvia in July, as will producer extraordinaire and five-time Grammy winner Mark Ronson, who will play a DJ set on the main stage on Friday 15 July.

Stateside, San Diego festival Kaaboo – described by local paper The San Diego Union-Tribune as “the Coachella for older people seeking more creature comforts than most festivals offer” – will return for its second year in September.

Kaiser Chiefs, Simply Red, Dizzee Rascal, Everything Everything will perform at a new two-day festival, On the Pitch, at The SSE SWALEC cricket stadium in Cardiff on 16 and 17 July.

Hugh Morris, the chief executive of The SSE SWALEC (formerly Sophia Gardens) says: “Our vision was to secure a bill of top talent and to provide a festival feel for a summer Saturday crowd. We’re delighted to have secured such prestigious acts to play at The SSE SWALEC and we look forward to welcoming them to Wales.” (Ricky Wilson/Kaiser Chiefs photo by Anne Helmond.)

Plus, in case you don’t read IQ at any other time than for Festival Focus on Wednesday (and if not, why not), Tomorrowland 2016 will be streamed to seven countries worldwide, T in the Park 2016 will go ahead with a reduced capacity, Blossoms, Louane, Gold Panda and Get Well Soon will play Reeperbahn and that Goldenvoice ‘megafestival’ with the Stones, Bob Dylan, Paul McCartney, Neil Young, Roger Waters and The Who is definitely happening…