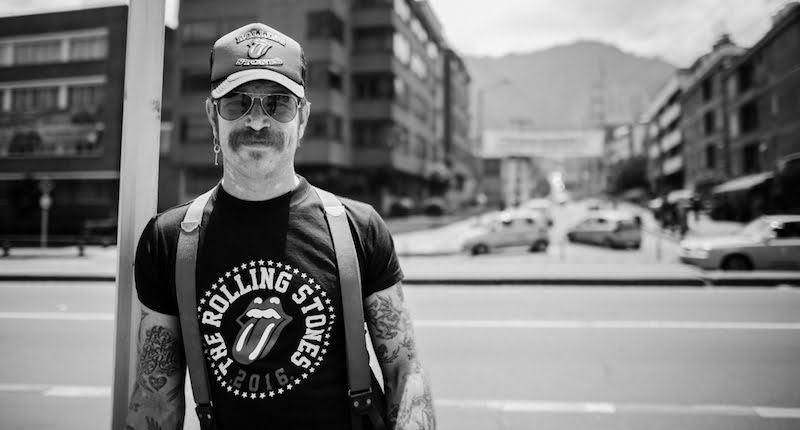 Eagles of Death Metal, who were playing when jihadist terrorists attacked the Bataclan in Paris on 13 November, have been dropped from two French festivals after frontman Jesse Hughes repeated allegations that venue security were complicit in the attacks.

In an interview with Taki’s Magazine’s Gavin McInnes, Hughes (pictured) said: “I know for sure that they [security guards] were in there early. I remember them staring at my buddy. I just chalked it up to Arab envy. You know what I mean? When a Muslim sees a cocky American dude with tattoos, he stares at him. I realised later it was [suspected attacker Salah] Abdeslam and he was staring at my buddy because they thought he was a threat. There’s no denying the terrorists were already inside, and they had to get in somehow. During the shooting I went outside and the backstage door was propped open. How did that happen?”

Hughes made similar remarks in March but later apologised, stating that his allegations were “absurd” and stemmed from trauma caused by the attack.

“There’s no denying the terrorists were already inside, and they had to get in somehow. During the shooting I went outside and the backstage door was propped open. How did that happen?”

He also agreed with McInnes’s statement that “political correctness is killing our natural instincts and making us vulnerable”, stating: Definitely. There were two girls who were involved. They were at the venue and vanished before the shooting, and these women were in traditional Muslim garb. They knew people wouldn’t check them because of the way they were dressed”.

In a statement, Radical Productions and Nous Productions, the promoters behind both Rock en Seine and Cabaret Vert, said they are in “total disagreement with Jesse Hughes’ recent allegations”.

Hughes has also previously blamed France’s ban on non-licensed firearms for the attack. “Did your French gun control stop a single fucking person from dying at the Bataclan?” Hughes said in an interview in February. ““I know people will disagree with me, but it just seems like God made men and women, and that night guns made them equal. I think the only way that my mind has been changed is that maybe that until nobody has guns, everybody has to have them.”