With 'The Sound of Silence' riding high in the singles chart, Paul Simon has added six UK dates to his 2016 concert tour 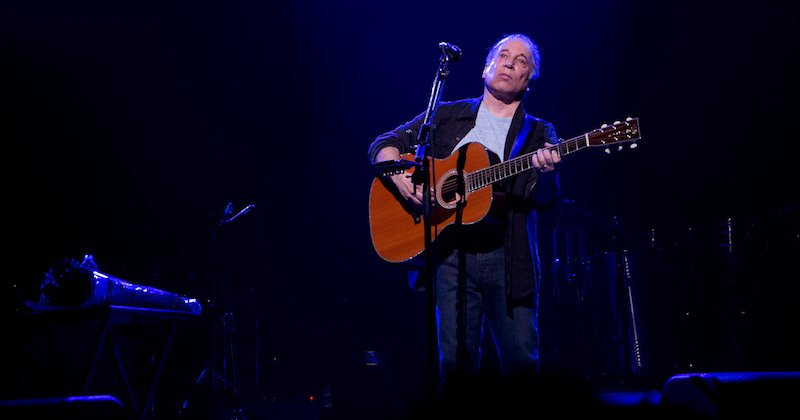 Paul Simon will tour the UK this autumn for the first time since 2012.

The American singer-songwriter is currently touring the US in support of his upcoming 13th solo studio album, Stranger to Stranger.

Simon’s first top-10 hit, Simon & Garfunkel’s ‘The Sounds of Silence’, is currently riding high in charts across the world, including in Britain, where it is currently №34 in the UK Singles Chart (down from a peak position of 29). It also made №4 in Australia and №1 in the US mainstream rock chart.

Starting at the Bournemouth International Centre on 3 November, Simon (pictured) will move on to the Cardiff Motorpoint Arena the following night, then the Royal Albert Hall in London on 7 and 8 November, Manchester O2 Apollo on 10 November and Nottingham Arena on 12 November.

The set will include “classic songs spanning his illustrious career, as well as a selection of tracks from his eagerly anticipated forthcoming album, Stranger to Stranger”, says Simon’s website.