The Garage in Highbury and The Borderline in Soho, previously owned by the MAMA Group, will both be refurbished as Nottingham-based DHP expands its London footprint 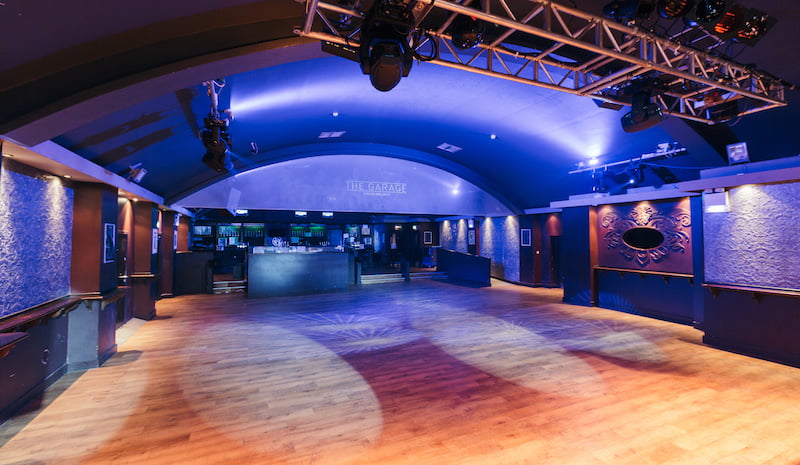 The Garage in Highbury

DHP Family has acquired London venues The Borderline and The Garage from Live Nation.

The Nottingham-based promoter and venue owner took possession of The Borderline, in Soho, on Friday (27 May), with the deal to acquire The Garage, in Highbury, subject to completion but expected to “fall in place very shortly”.

Both venues were formerly part of the MAMA & Company portfolio before the company’s acquisition in August 2015 by Live Nation and Gaiety Investments. Three MAMA venues, The Ritz in Manchester, The Forum in Kentish Town and The Institute in Birmingham, have since been rebranded by Live Nation as the O2 Ritz Manchester, O2 Forum Kentish Town and O2 Institute Birmingham, respectively.

DHP Family currently operates one other venue in London (the 375-capacity Oslo in Hackney), as well as Rock City, Rescue Rooms, Stealth and The Bodega in Nottingham and Thekla in Bristol.

It originally put in a bid for the two venues when they put up for sale by MAMA but was outbid by Live Nation.

Both the 300-capacity Borderline (notably alumni: REM, Rage Against the Machine, The Verve, PJ Harvey) and 600-capacity Garage (Arctic Monkeys, Oasis, Franz Ferdinand) will be refurbished by their new owner: the former will close from 23 December 2016 to 15 March 2017, while The Garage will receive an “extensive refresh taking place over several months” without the need for closure.

“It’s about making them places where people actually want to go rather than just, ‘Oh, that’s where the band’s playing, that’s where you have to go to see them'”

“Using its expertise as a both a concert promoter and venue operator”, DHP Family says it’s “confident of developing both into successful late-night venues integral to the live music scene in London”.

DHP Family’s operations director, Anton Lockwood, tells IQ the reaction to the acquisitions has been “hugely positive”, with artists, agents, promoters and managers “delighted that DHP is taking over the venues”.

“I think we’re approachable and I think we’re seen as someone who actually cares about making the venues great rather than just showing up with bands, getting them in and getting them out,” he explains. “It’s about making them places where people actually want to go rather than just, ‘Oh, that’s where the band’s playing, that’s where you have to go to see them.'”

Compared to previous operators Live Nation and MAMA, Lockwood says, the company will “try to think [more] about what band suits what venue” (“I’m not going to say ‘curate’, jokes Lockwood – “it’s such a knobby word!”), although he notes that he expects that Live Nation, along with “SJM, Metropolis, Crosstown, Kili[manjaro] and all the rest of them are going to be major clients” for the venues.

Although Lockwood won’t go into specifics of the refurbishment, he says The Borderline will be “significantly upgraded”: “It definitely needs a big refresh,” he comments. “It’s been around for ages and it’s got a bit tired, and we want to improve the environment massively”. The Garage will be less majorly overhauled, but Lockwood says DHP, although not “able to do as much” to the Highbury venue, will “definitely be improving it”.

With three London properties now part of its growing portfolio, Lockwood says DHP is still actively looking for new venues, both in London and the rest of the UK, but makes it clear that “they have to be right”. “We’re not having to add new venues to keep our shareholders happy,” he says. “We add venues because we think it adds significant value to what we do. If a great opportunity comes up in London, then we’ll look to take it – but we won’t do something for the sake of doing it.”