Norwegian singer Aurora will now perform at Montreux Jazz Festival, Rock Werchter, Sziget and more, but the Stockport five-piece are close behind 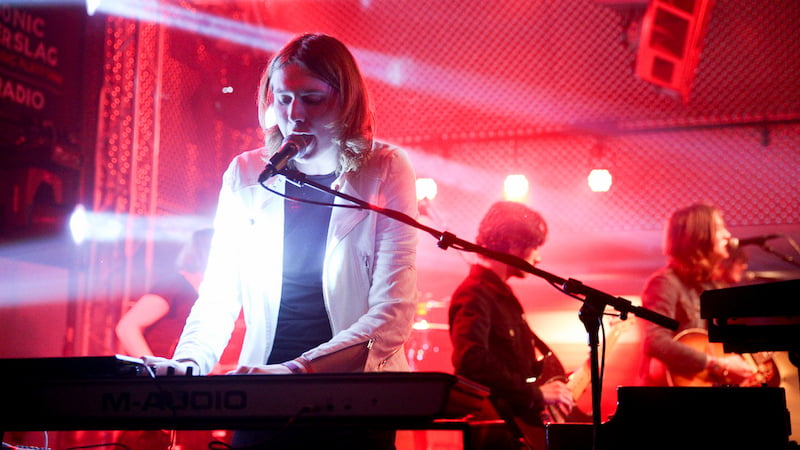 Norwegian singer-songwriter Aurora is still №1 in the ETEP charts, topping once again the ranks of the most-booked acts for European Talent Exchange Programme-affiliated festivals in 2016 so far.

The nineteen-year-old, who released her debut studio album, All My Demons Greeting Me as a Friend, in March, will appear at no less than 11 ETEP festivals this year, including Lollapalooza Berlin, Krakow Live Festival, Roskilde Festival, Lowlands, Festival №6 in Wales, Finland’s Ilosaarirock and Provinssirock, Sziget, Colours of Ostrava in the Czech Republic, Montreux Jazz Festival and Rock Werchter.

New in second place is British band Blossoms, with nine bookings, followed by fellow Brits Nothing But Thieves and Mura Masa in joint third with seven, and UK rapper Stormzy, Dutch blues band My Baby and British MC Soom T in joint fifth, with six apiece.

Stormzy and Belgian DJ Lost Frequencies were joint second in March, when the last results were announced, with five bookings each.

Eurosonic Noorderslag launched ETEP “to stimulate the circulation of European repertoire[s] on festivals, on radio and across the media in Europe” in 2003. Since then a total of 2,690 shows by 972 European artists from 30 countries have taken place at 100 ETEP festivals.