As Mumford & Sons' manager wins support from across the UK music spectrum for his petition demanding action on touting, he tells IQ criminal penalties may be the answer 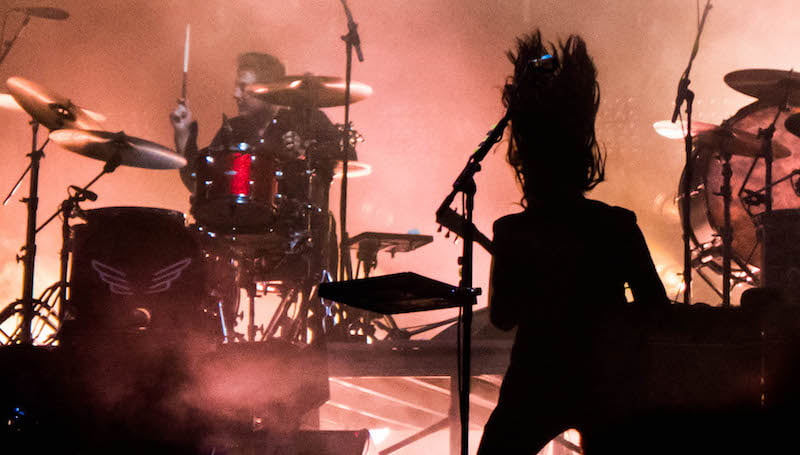 As arena-filling rock quartet Mumford & Sons announce their support for a petition demanding tough penalties for UK ticket touts, the band’s manager – and the petition’s sponsor – Adam Tudhope, says he hopes action on touting in Britain could set a precedent elsewhere in the world.

“Luckily for us we live in a wonderful country that loves to rebel, to take the path least trod,” he tells IQ. “We’re often the innovators – especially in music and in the music business, we’re always ahead of the curve. British people love music, they love disruption, and they’ll knock the establishment if it needs knocking. And then, yes, often others around the world will follow our lead.”

The petition, created by “ethical” resale marketplace Twickets and sponsored by Tudhope, entitled Enforce the Consumer Rights Act to protect music, arts and sport fans from touts, makes reference to the act of parliament of the same name, which legally requires ticket resellers to provide information on the seat or standing area the ticket is for, its face value and restrictions (for example, age) on who may use the ticket. In addition to Mumford & Sons, it has won support, using the Twitter hashtag #ToutsOut, from One Direction, Little Mix, Keane, Graham Gouldman, UK industry associations such as the Music Managers’ Forum (MMF) and the Association in Independent Festivals (AIF) and a number of MPs, and currently has just shy of 27,000 signatures of a target of 100,000, when it will be considered for debate in parliament.

“British people love music, they love disruption, and they’ll knock the establishment if it needs knocking. And then, yes, often others around the world will follow our lead”

So what would those tougher penalties look like? Would Tudhope support criminalising profiting from ticket resale? “There are already a couple of civil offences being violated: resellers are supposed to list seat number and row, and they’re also supposed to declare they’re a company if they are one – ie not a private individual,” he says. “Touts aren’t conforming to either of these bits of legislation because there’s no one to enforce it. So, yes, making it a criminal offence as it is with football, or was with the Olympics, would be a helpful and more powerful step.”


Although both Tudhope and Mumford & Sons have long been critical of the secondary ticket market in its current form, the manager says he’s not opposed to the idea of primary ticket agencies owning or partnering with secondary sites, as with Ticketmaster and Get Me In!/Seatwave and AXS and StubHub. Indeed, in an ideal world, Tudhope says, fans would “have [access to] easy-to-use websites associated with primary ticketing companies that would allow them to resell tickets to other fans at face value – plus a booking fee that doesn’t exceed 10% of the face value.”

“Fans have to be able to re-sell their tickets if they can’t go,” he continues, “but stopping people being able to profit from that reselling would stop touting dead in its tracks.”

In a statement issued in January in response to a Sunday Times article about Adele tickets listed for £1,000 on Get Me In!, Ticketmaster praised the site as offering consumers a “safe, transparent and lawful environment that responds to what fans want: the ability to buy and resell tickets when the primary supply is exhausted or purchasers can no longer use their tickets”.