After a deadly 12 months in dance music, EDM promoters meet to discuss the survival of the genre 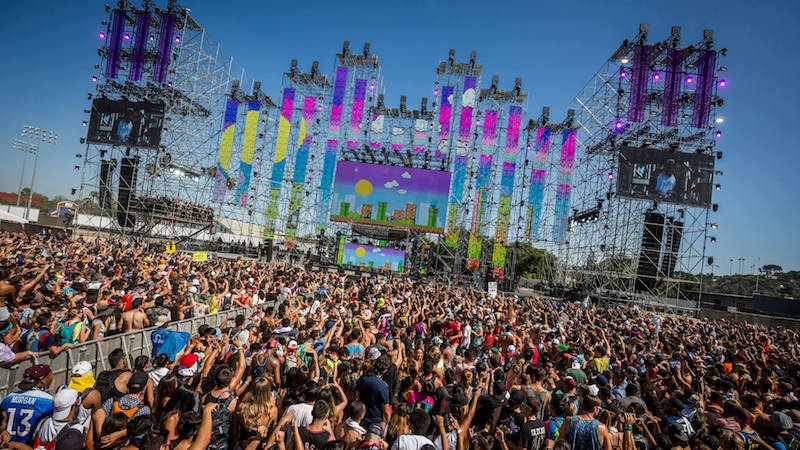 The main stage at Hard Summer 2015, at which two people died from drug overdoses

While many are by now used to hearing about drug deaths at electronic dance music (EDM) events, with tragedies such as the six fatalities at Future Music Festival Asia 2014 and, more recently, the five at Time Warp 2016 in Buenos Aires looming large in the popular view of the genre, the last 12 months have been particular deadly for EDM festivalgoers, with no less than 17 deaths – six in 2016 alone – and over 100 reported non-fatal overdoses.

Two, TomorrowWorld and Stereosonic, have since had their 2016 editions cancelled (ostensibly for financial reasons), while many of the others are increasingly attracting the attention of authorities keen to prevent any more deaths on their turf: Argentine capital Buenos Aires has, for example, in the wake of the Time Warp tragedy said it will no longer allow dance music festivals to go ahead in the city, while councillors in California are currently debating whether to ban dance music events from San Manuel Amphitheater, the home of Beyond Wonderland and Nocturnal Wonderland.

Within the sector and beyond, questions remain about who is to blame, with everyone from drug dealers, drug users and negligent promoters cited.

In the case of Time Warp, it’s relatively clear-cut: promoter Adrián Conci, who is still wanted by Argentine police, was allegedly complicit in the selling of lethal PMMA-laced MDMA to festivalgoers. In the case of Stereosonic, outspoken cofounder Richie McNeill appears to lay the blame at the door of those taking the drugs, stating in an interview with theMusic.com.au in February: “I’m sick of seeing festival organisers being blamed for the idiot, stupid behaviour of narrow-minded individuals that are taking poison…”

The International Music Summit (IMS) in Ibiza will tackle the issue head-on on 25 May with the Association for Electronic Music (AFEM)-presented The Future of Our Industry panel, bringing together Dutch label Spinnin’ Records’ CEO, Eelko Van Koote, Italian DJ Joseph Capriati, CAA’s Maria May, Beatport’s Terry Weerasinghe and Tommy Vaudecrane of French industry association Technopol to discuss how to “identity a positive path forward” for an industry “under attack from governments and negative media”.

The panel won’t be “a place to speculate on what happened in Buenos Aires, Manchester [Parklife festival] and Italy [the closure of Cocoricò after a number of deaths] last year”, IMS organiser Ben Turner tells IQ, “but a chance to help educate and inform the genre about the actions we are taking together to help combat criminals trying to destroy our culture.”

This view of an industry under siege is popular among those working in dance music, many of whom believe EDM festivals are subject to a disproportionate amount of scrutiny and criticism, especially when compared to events of other genres.

Speaking at ILMC in March, Mark Lawrence of the Association for Electronic Music (AFEM) complained of a “passive discrimination” against EDM promoters, stating that violence and crime are far higher on average at rock and country festivals than at dance ones, but that stories about EDM are “sexier” and sell more newspapers.

But it’s the nature of the genre that some attendees at EDM events are going to want to take drugs, especially MDMA/ecstasy – it was, after all, the emergence of modern dance music (especially the UK’s acid house scene) that first brought the drug, initially trialled for therapeutic use, into the public consciousness – and many are now pointing to harm reduction, as opposed to outright prohibition, as the most effective way of preventing similar tragedies occurring in future. (Initiatives such as DanceSafe in North America, which provides pill-testing kits, free water and electrolytes and non-judgmental, fact-based information on the effects of drugs, and Conscious Crew, who roam festivals looking for people who have suffered an overdose, have won widespread support from the EDM community.)

While the IMS session will likely gather sympathetic ears to its Future of the Industry debate, will the EDM business begin to self-regulate in order to lower the death toll? Turner hints at potential guidelines or a code of conduct for events: “You’ll be hearing from AFEM soon about what we can all do as an industry and as a culture,” he says.