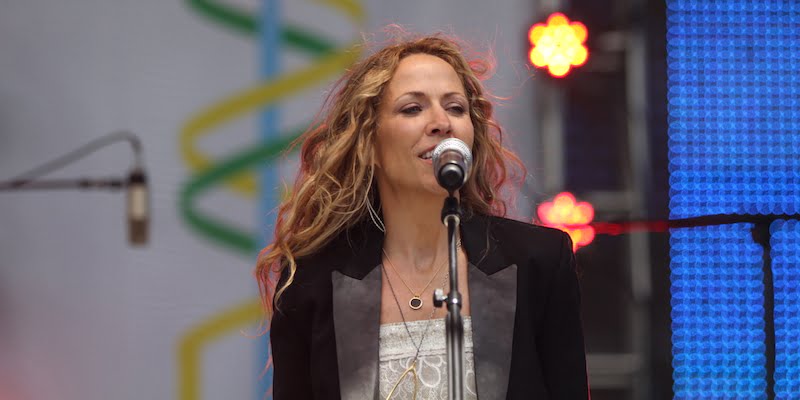 A New Jersey woman has pled guilty to ‘third-degree theft by deception’ after being caught selling tickets to a non-existent Sheryl Crow concert.

Burlington Township resident Kelly Bryan admitted the charge at Burlington County Courthouse in Mount Holly yesterday. The Burlington County Times reports that Bryan faces up to five years of probation when she is sentenced on 14 June, and will also have to pay between US$20,000 and $30,000 in restitution.

The phoney concert was supposed to have taken place at the Flying W Airport resort in Lumberton – really an airstrip for small prop planes – on 15 August 2015. Between December 2014 and May 2015, Bryan sold tickets to the ‘show’  through a company called KBR Promotion and Booking Agency (presumably for Kelly Bryan, although it also apparently stood for Kreate Bands Realitiy [sic]) and even booked vendors.

However, when Lumberton police learnt of the concert in May and contacted the resort to begin planning public safety measures, it emerged that Crow was not booked to perform.

Between 50 and 100 people were defrauded by KBR, although many who paid online have already been reimbursed.