Canadian singer Grimes will kick off the New Music Concert Series at Wizard World Philadelphia in June, with Melanie Martinez and more promised for future conventions 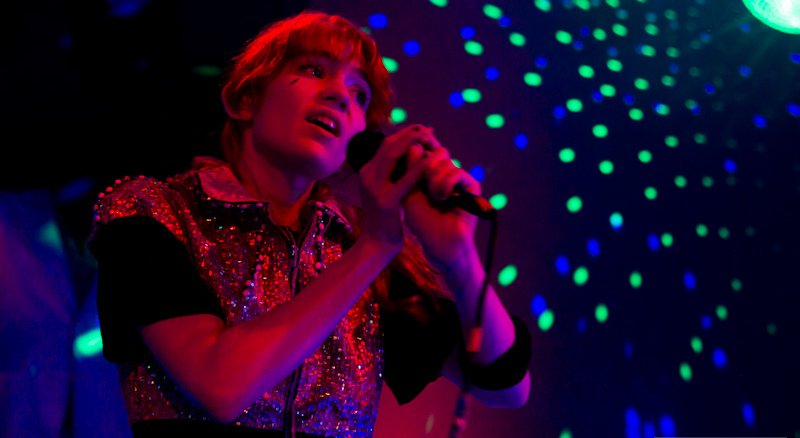 Grimes plays the Hard Rock Cafe in Manila in 2013

It was bound to happen sooner or later: Nerd culture, not content with conquering Hollywood (as the AV Club puts it, “even the most thick-skulled of high school jocks” can now “tell their Iron Mans from their Dr Dooms”), has turned its attention to another pillar of pop culture: live music.

Wizard World (WW), which produces comic and fan conventions across the US, has announced that future WW conventions will feature a music component.

The New Music Concert Series will launch at Wizard World Comic-Con Philadelphia on 3 June with a show by Grimes, supported by Hana, at the Electric Factory – the first time a concert has accompanied a comic convention.

Melanie Martinez has also been confirmed as a performer for “this summer” – presumably for the following convention, in Sacramento, later in June – with more dates, performers and cities due to be announced soon.

“Wizard World Comic Con already presents the best in celebrity meet-and-greets, movies, television, science fiction and comics, and we believe that including music is the next logical progression to provide a great experience for our fans,” says Randy Malinoff, chief operating officer of Wizard World. “These live music events are a key component to the continued growth of our brand. We’re excited to present the concert series debut with Grimes, and to bring our fans the latest and best headliners and emerging musical talent nationwide.”

The Wizard World portfolio includes 20 conventions, including Chicago Comic-Con, one of the world’s largest.