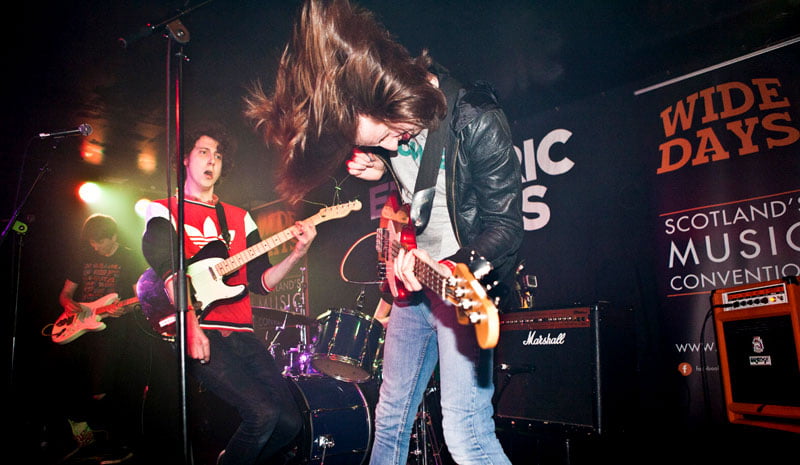 Wide Days is set to add a political dimension to this year’s programme with party representatives outlining their music-related policies in the run up to next month’s Scottish elections.

Taking place on Friday 22 April at Edinburgh’s Pleasance Theatre, Wide Days’ hustings debate will includes the culture spokespeople for Labour, the Scottish Greens and left-wing alliance RISE. They will be joined by the Scottish National Party and Liberal Democrat candidates for the Edinburgh Central constituency, where most of the capital’s music venues are located.

“The Scottish Parliament is not only responsible for culture, but also for planning, local government, education, enterprise and tourism, “says Wide Days founder Olaf Furniss. “These areas are highly relevant to our sector and the discussion is an opportunity to learn how each party’s policies will relate to Scotland’s musicians and music business.”

Following a panel focusing on city music festivals, Wide Days will also host a presentation focusing an initiative to develop Edinburgh’s grassroots live music scene. The session will outline how delegates can effectively contribute to a consultation process recently launched by the City of Edinburgh Council (CEC).

Other conference elements at Wide Days will include sessions on how to improve the environmental impact at festivals, and a panel devoted to A&R and finding hot new acts.

Internationally renowned as one of the most fun boutique conference and showcase events, Wide Days attracts around 250 delegates to its daytime professional panel programme, this year including guest speakers from Europe and the United States, while the evening’s showcase events have earned a reputation among emerging acts for delivering success. A number of acts have secured record deals after performing at Wide Days, while Scottish duo Honeyblood, which played their second ever gig at Wide Days, last year supported Foo Fighters at Murrayfield Stadium.