Music parliamentary group chair Nigel Adams MP will propose the measure, which he says "has support across the board", in the House of Commons today 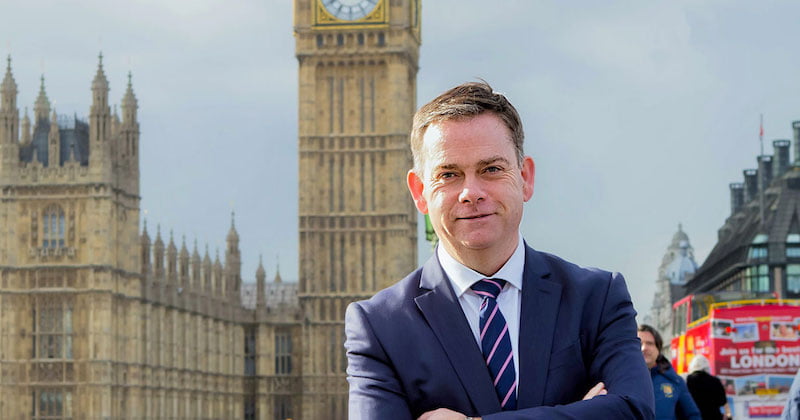 The British parliament is to debate whether to ban the carrying or use of flares, fireworks and smoke bombs by audience members at concerts and music festivals.

Nigel Adams, the member of parliament for Selby and Ainsty in Yorkshire and chairman of the All-Party Parliamentary Group on Music, which provides a discussion forum between the UK music industry and parliamentarians, will argue the case today with a 10-minute rule motion in the House of Commons.

“I am very pleased to have the opportunity to bring this issue before the house,” says Adams (pictured). “Many people I talk to are stunned to find out that carrying and deploying flares and fireworks in the crowd at a live music event is not banned, unlike at football matches, where spectators can count on the protection of the law.

“This measure has support across the board – from fans wanting to focus on the music [to] performers wanting to put on a good uninterrupted show and organisers wanting to provide a safe event – as well as from MPs right across the house. It’s time we make the law on these dangerous articles consistent at both music and sporting events.”

There were 255 incidents involving flares and fireworks in music audiences in 2014 compared to three at football grounds in the same period.

The motion will not seek to ban allowing artists and promoters to use pyrotechnics in their shows.