Two-hour queues after internet goes down at WrestleMania 32 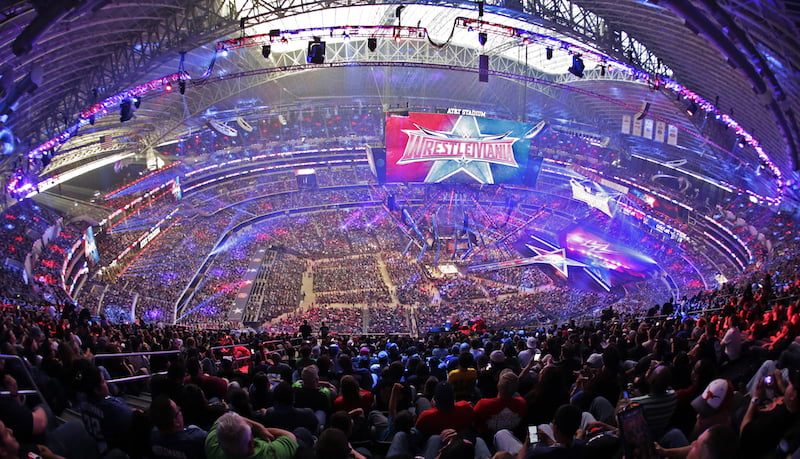 The view from the gods at WrestleMania 32

Thousands of wrestling fans were kept waiting outside the AT&T Stadium for up to two hours yesterday after wi-fi problems took ticket scanners out of action at WrestleMania 32.

According to Wrestling Inc, event host World Wrestling Entertainment (WWE) delayed the start of the first match, which pitted Ryback against Kalisto for the US title, in response to the long queues. Those queueing were reportedly not kept updated by organisers, and many complained of dehydration.

Wrestling Inc posted a video to Twitter showing frustrated fans chanting: “Let us in! Let us in!”.

Loud "Let us In" chants outside of #WrestleMania . This is crazy. I've been in line for almost 2 hours pic.twitter.com/lRLuYUEKdW

The AT&T Stadium is owned by the city of Arlington and operated by American football team the Dallas Cowboys. Beyoncé will play the 101,000-capacity stadium on 9 May as part of her The Formation world tour.