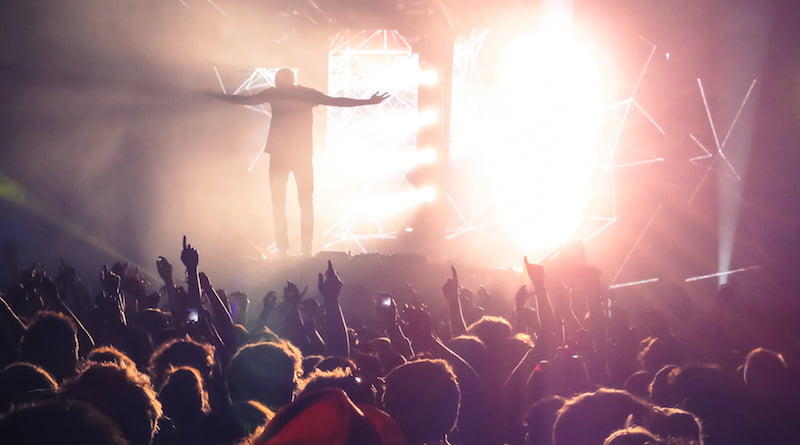 Swedish DJ Adrian Lux at Groovin' the Moo 2012 in Bunbury

Two teenagers were admitted to hospital on Saturday after suffering suspected drug overdoses at the Groovin’ the Moo (GTM) festival in Maitland, New South Wales.

A 15-year-old girl, who was given CPR after she collapsed and stopped breathing, and a 17-year-old boy were admitted to Maitland Hospital, and a third festivalgoer was treated for non-life-threatening “bad effects” of drugs.

Thirty-six people were detained after police dogs discovered their trying to carry drugs, mainly MDMA, into the travelling festival, which stopped at Canberra on Sunday and continues on to Oakbank in South Australia today, Bendingo in Victoria on 30 April, Townsville in Victoria on 1 May and Bunbury in Western Australia on 7 May.

The overdoses come just over three weeks after the cancellation of long-running festival Stereosonic, which had itself been experienced a string of fatal overdoses in recent years

“We continually warn people of the dangers of using these substances but the message doesn’t seem to be getting through,” says Detective Inspector Mitch Dubojski of New South Wales Police. “That is very concerning.”

Promoter Cattleyard Promotions has not yet issued a statement on the incidents, and has refused repeated requests for comment by The Sydney Morning Herald.