TGE Convention to spotlight mental health in the music biz

The Brighton festival and conference will also ask: "CDs! Vinyl! T-shirts! Who the hell is buying this stuff?" 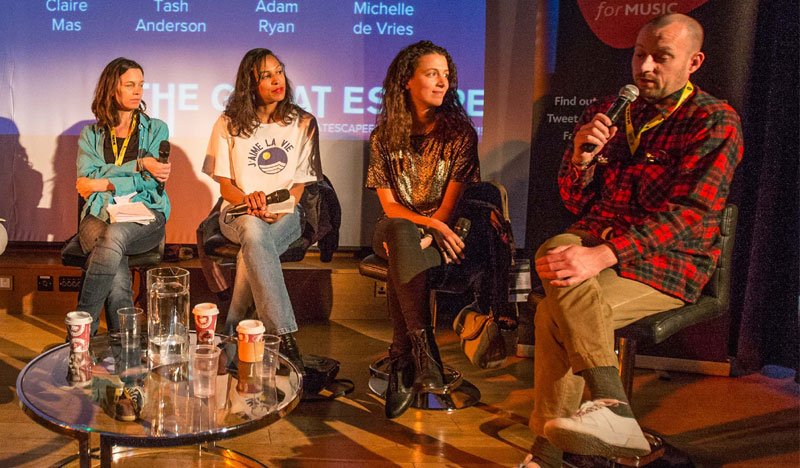 Next month’s The Great Escape (TGE) Convention will focus on mental health in the music industry, asking how the structure and culture of the music business can affect musicians who face mental health challenges and what can the industry do to help.

Help Musicians UK will kick off the conference with its CEO, Richard Robinson, talking about the charity’s work in supporting the health and wellbeing of people working in the music industry. He will be joined by Sally Gross from the University of Westminster, who will introduce new academic research into the mental health of music professionals, with the panel aiming to inform a wider debate between artists, managers, industry execs and healthcare professionals on how the industry can better ensure the good health of everyone working in it.

Vice’s head of music, Alex Hoffman, will then present highlights of a number of original documentaries he has commissioned for Noisey, the magazine’s music channel, as part of Mental Health Awareness Week, which coincides with The Great Escape this year.

The mental health spotlight, titled What has the music industry ever done for you?, is the third announced convention ‘strand’, following the reveal of Transparency! Data! Blockchain! Let’s make buzzwords happen! and What if YouTube actually is the future? in February.

The fourth is CDs! Vinyl! T-shirts! Who the hell is buying this stuff?, as part of which CMU’s Chris Cooke will review the CD and vinyl market worldwide and Chris Carey of Media Insight Consulting will present what his company has learnt about the fans who spend beyond records and tickets.

The schedule is also now online for this year’s DIY programme, which, as previously reported, will focus on ‘going live’.

Based at the Old Courtroom and Lighthouse and supported by TuneCore, the DIY day will tell artists how to stage their own live shows, set up a regular gig or club night, get bookings at other festivals and events and use live music to build a fanbase.

The Great Escape Convention runs alongside the Brighton music festival, promoted by MAMA & Company, and brings together 3,500 music industry delegates. The four insight strands will take place on 19 and 20 May.