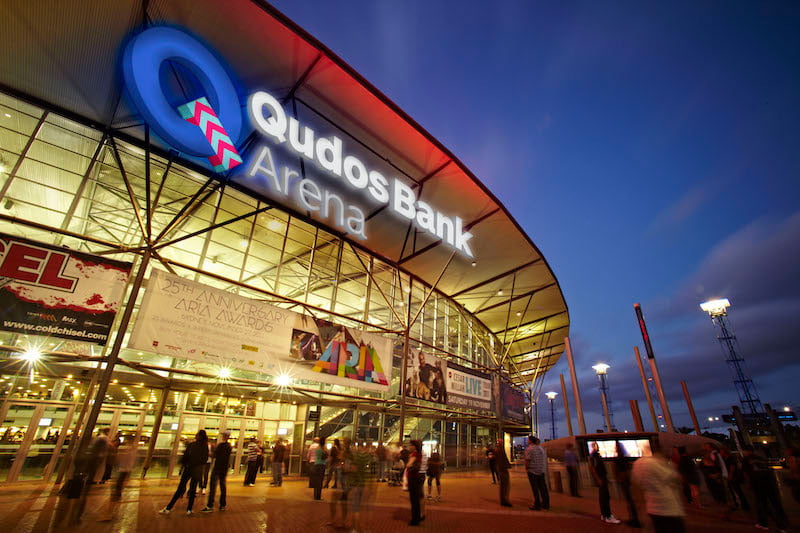 An artist's impression of the arena's new branding

As of today Sydney SuperDome is known as the Qudos Bank Arena after the AEG Ogden-operated arena signed a naming deal with the Australian mutual bank.

The multi-year deal “ensures the name Qudos Bank Arena will become synonymous with some of the greatest touring artists in the world”, says Paul Samuels, executive vice-president of AEG Global Partnerships.

Since opening in September 1999, the SuperDome has hosted 1,050 events attended by an audience of over 8.6 million. It was 51st in Pollstar‘s top 200 arenas of 2015 by ticket sales, the third-highest-ranking Australian venue behind the Rod Laver Arena (29th) and Perth Arena (47th).