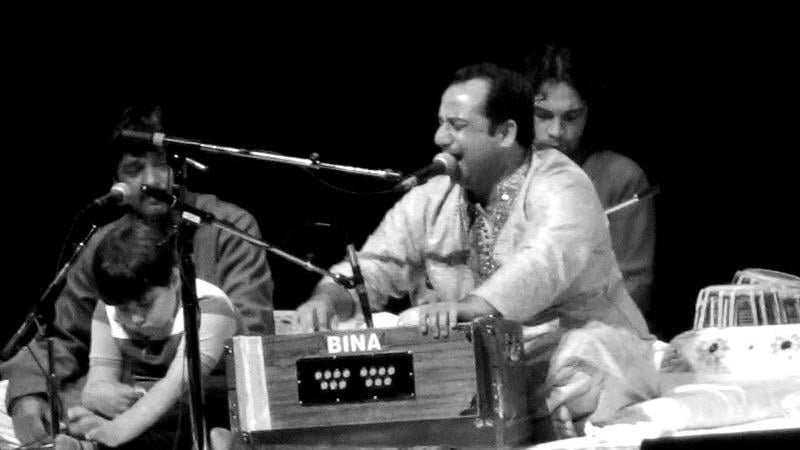 A spokesman for extremist Indian political party Shiv Sena has said artists from Pakistan aren’t welcome in India after its activists were been spotted tearing down posters for an upcoming concert by Pakistani singer Rahat Fateh Ali Khan.

Ali Khan (pictured), a performer of qawwali devotional music, is scheduled to play in the city of Ahmedabad on 30 April.

Shiva Sena – an ultranationalist party with a significant presence in the Maharashtrian regional assembly, as well as in India’s national parliament, where it has ministers in government – also led protests on Friday against a concert by another Pakistani artist, Ghulam Ali.

“We will attack all [Pakistani] artists if they come. We will tear down all posters of them”

“There is a problem of drought here,” said the Shiv Sena spokesman. “There are so many problems in the country [India]. It is very condemnable that in such a situation Pakistani artists are coming,” he said.

“The Shiv Sena” – which translates as ‘Army of Shiva’ – “is opposed to Pakistani artists coming to India. The people, who are business-concerned, are calling these artists for their motives. We will attack all artists if they come. We will tear all posters of him.”

Ali Khan will perform at The O2, the world’s most successful arena, on 14 August.