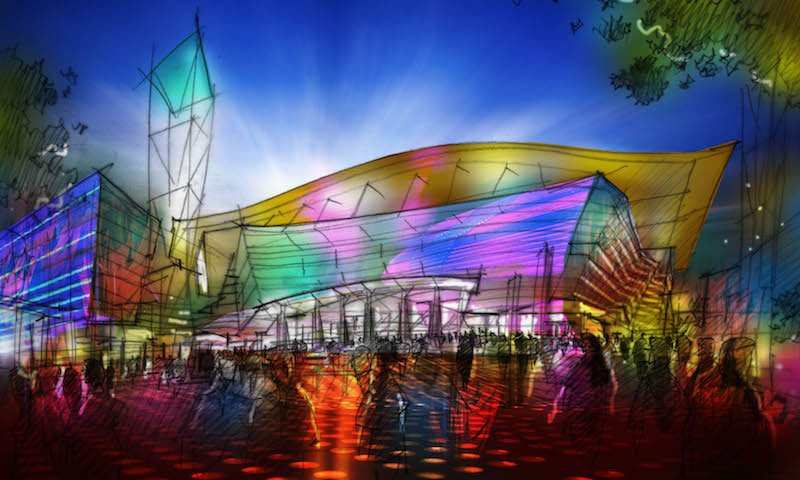 A rendering of Blumenfeld Development Group's plans for the Nassau Coliseum

Nassau Coliseum looks to draw big names
The $130 million renovation of the 43 year-old Nassau Veterans Memorial Coliseum on New York’s Long Island includes an ambitious dressing room programme known as the Artists Quarters, which developers believe will play a significant role in convincing artists to add a stop at the 16,000-capacity arena when touring in North America. (Billboard)

Indonesian popstar dies from onstage snake bite
An Indonesian pop singer has died in a bizarre and tragic incident after a cobra being used as a prop onstage bit her during a performance in Karawang, Indonesia. Irma Bule was known for using snakes at her shows and may have believed the cobra was defanged. (Pollstar)