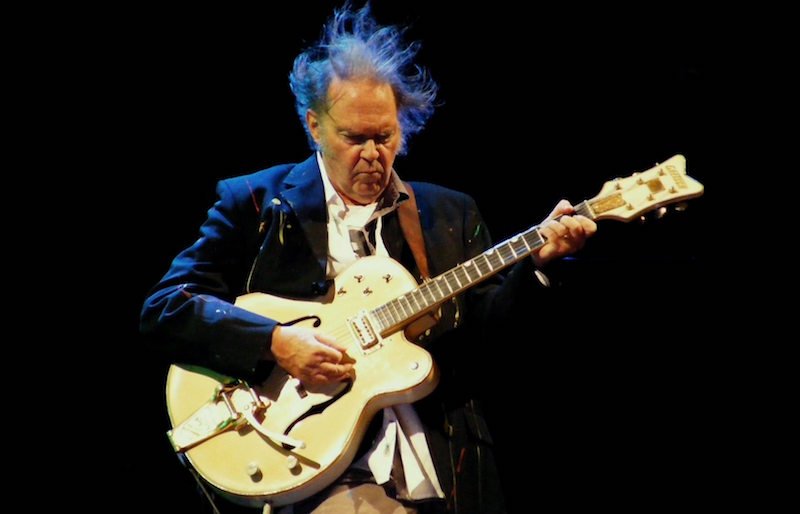 The likes of Muse, PJ Harvey, Neil Young, Quincy Jones and Sigur Rós will help mark the historic 50th anniversary of the Montreux Jazz Festival this summer, as its organisers today announced a stellar programme for the 17-night event.

The 30 June–16 July event will feature a star-studded line-up as Montreux celebrates its golden year, and the promoters have pulled all the stops out to make sure that Deep Purple close proceedings on 16 July, no doubt with their ode to the 1971 fire at Montreux Casino, ‘Smoke on the Water’.

It is Neil Young’s (pictured) second confirmed festival appearance of the year, after Roskilde.

Frank Zappa’s son will open for Deep Purple, who recorded ‘Smoke on the Water’ while watching the Montreux Casino burn as Frank Zappa was playing. It’s a nice way to put the bill together”

Revealing the line-up this morning, Montreux Jazz Festival director Mathieu Jaton noted: “It’s rare for a music festival to turn 50.” He added: “We’re bringing together people close to the DNA and savoir-faire of a festival known for its special creations, this time with a Quincy Jones evening and a Brazilian-African night, but also the young generation like Woodkid, inviting his own guest artists.”

Explaining the ethos of using the billing to create stories, by putting two artists on the same stage in the same night, Jaton added: “The most obvious is closing night with Deep Purple who recorded ‘Smoke on the Water’ while watching the Montreux Casino burn as Frank Zappa was playing. This will be Zappa’s son playing and opening for Deep Purple. It’s a nice way to put the bill together.”

The full programme is available on the festival’s website.