The Finsbury Park festival, which has drawn the ire of local residents, will "solve issues from last year's event" with the changes, says new director Melvin Benn 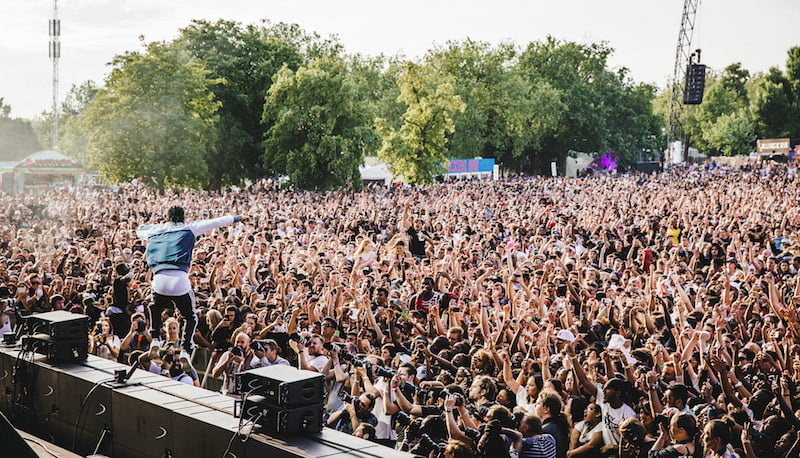 While Benn didn’t directly address residents’ group The Friends of Finsbury Park’s legal challenge to the festival, which will be held this year from 8 to 10 July in north London’s Finsbury Park and headlined by Calvin Harris, Chase & Status and Kygo, the security situation – or the “massive disruption, damage, excessive noise and antisocial behaviour in streets surrounding the park”, in the words of The Friends of Finsbury Park – is one of the group’s main complaints about Live Nation/Festival Republic staging Wireless in its current location.

“We have been working closely with local police and Haringey council, as well as festivalgoers, on a full site improvement plan for Wireless Festival 2016,” said Benn. “Our new security strategy will solve issues from last year’s event, which includes the restructuring and management of key areas, specifically site structure and security. This is a new year for Wireless Festival, and we’re confident it’s going to be better than ever.”

“Our new security strategy will solve issues from last year’s event, which includes the restructuring and management of key areas, specifically site structure and security”

Last year’s Wireless proved controversial after violence erupted on Saturday. A crowd of around 150 people trampled security fences and fought with police and security as they tried to gatecrash the festival at about 6pm.

Benn has also been brought in as executive producer for the troubled T in the Park festival, which last year was heavily was criticised for its traffic congestion, failings on crowd control and security and repeated breaches of planning permission. The Scottish festival is undergoing a process of transformation for 2016, with a more spacious arena, larger, better-stewarded campsite and improved transport infrastructure.