His first-weekend set might have had a mixed reception, but no one could claim it was under-illuminated… 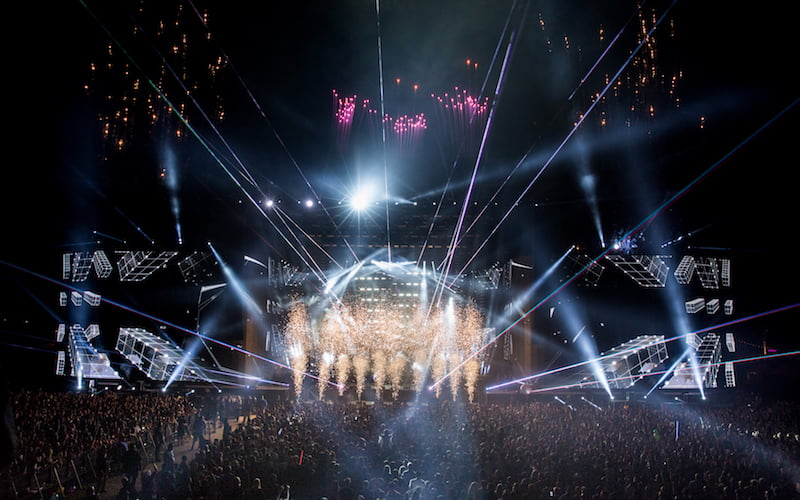 The headline performance by Calvin Harris that closed the first weekend of Coachella on Sunday might have been coolly received by critics – “Scottish ‘DJ’ Calvin Harris ended the three-day festival by pressing play on some pretty choice tunes by other, more worthy closing-night headliners,” wrote a particularly bitchy David Sikorski for The Daily Beast – but from a production point of view it was a roaring success, with a bespoke technical set-up featuring the largest concentration of light ever used in any live show.

Harris also made use of custom software which allowed him to play back any track from his repertoire accompanied by programmed lights, lasers and video (on a huge videowall).

He was joined onstage by Rihanna, Big Sean and John Newman.

Harris, one of the first DJs to headline a festival of Coachella’s scale, is currently playing a residency at the OMNIA Nightclub at Caesars Palace in Las Vegas, which he recently extended throughout 2016. He last played Coachella in 2014.