Mayor’s appeal fails: Half Moon to become a gastropub

Southwark Council has approved planning permission to convert the south London venue, which has hosted U2, Eric Clapton, The Yardbirds, Thin Lizzy and Frank Sinatra 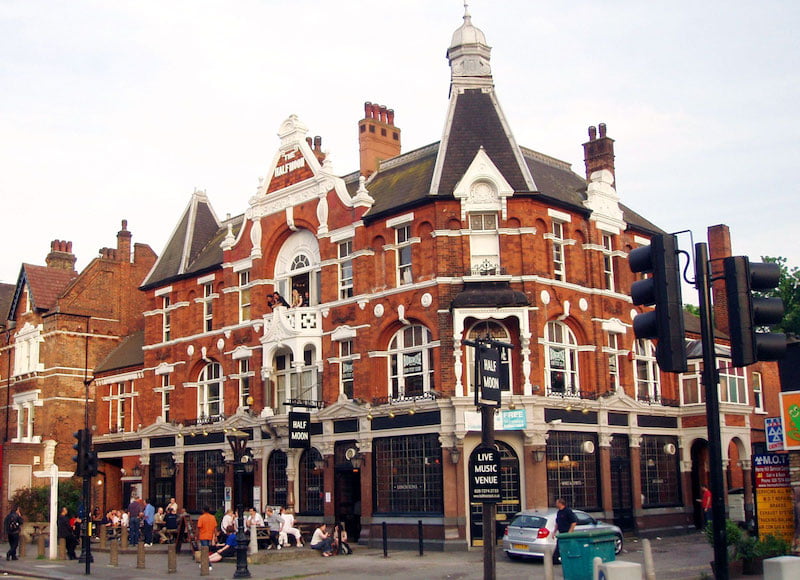 Even an intervention from the mayor of London hasn’t been enough to save Herne Hill music venue the Half Moon.

Southwark Council has approved planning permission, requested by new owner Fuller’s in January, to add new kitchen and restaurant spaces to the rear of the pub’s ground floor, where the stage and audience area are currently located, transforming the Half Moon (pictured) from a pub/grassroots live venue into a music-free gastropub.

Peter Blair, who runs the Save the Half Moon campaign, announced the news on Facebook. “We will take stock in the coming days and continue to negotiate on the best possible outcome for live performance at the Half Moon, albeit with limited options now available to us,” he writes.

“Can we still hold live music and comedy in the pub? Not in the manner we were accustomed to. I am sorry that we could not achieve more”

“We will continue to ask Fuller’s to be mindful of the asset-of-community-value status of the Half Moon, and we did gain a minor concession in terms having no fixed furniture in the main area of the back room. Can we still hold live music and comedy in the pub? Not in the manner we were accustomed to. I am sorry that we could not achieve more.”

The Half Moon has been closed since 2013, when a burst water pipe flooded Herne Hill. It became a listed building, as an ‘asset of community value’ (ACV), in December 2015 following a campaign by Save the Half Moon and local residents to save the pub. It was bought by Fuller’s in January.

The brewery’s plans to do away with the pub’s live music area prompted a representative for London mayor Boris Johnson, an advocate for the UK capital’s music venues and nightlife, to “urge the management to continue a regular programme of new and cutting-edge grassroots music acts”.