How are brands making themselves heard at modern music festivals? It's all about 'the new transparency', reckons marketing agency Frukt 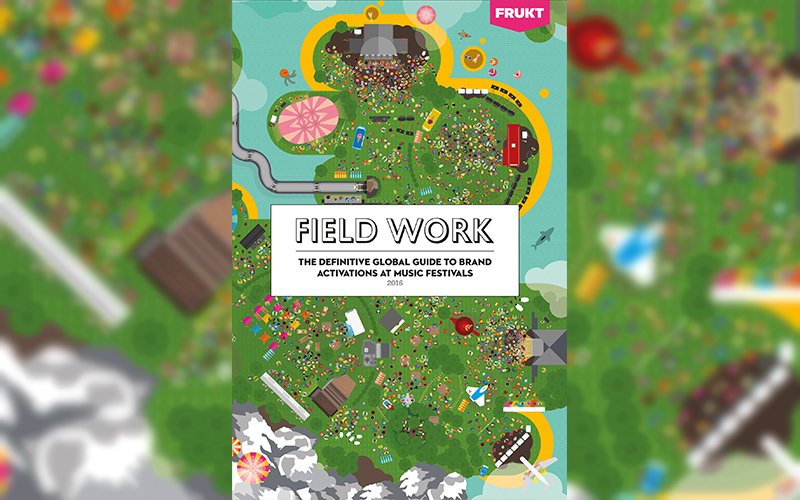 This year’s guide (pictured) focuses on ‘the new transparency’ (subtitled “embracing the ‘third wave’ of branded festival activations”), arguing that brands who advertise at music festivals should now be doing so in a more transparent way than ever before. It divides festival branding into three distinct ages: The silent generation, characterised by “loud, brash banner sponsorship, shouted from the sidelines but ultimately falling on deaf ears”; the covert generation, which is “party first, brand second experiential marketing, leveraging entertainment as a ‘right to play'”; and the current, transparent generation, featuring “a candid and open approach, not being afraid to put the brand and its story above the entertainment parapet”.

Featured case studies include Guitar Hero Live’s The Amp at V Festival, Reading Festival and Bestival, in which festivalgoers were invited to play the game months ahead of its official release date in front of an amp the size of a house (Field Work says the ‘activation’ “put the game firmly back on the map, announcing its presence loud and clear”); Energizer’s Dress Your Head Up initiative at Bestival, which invited attendees to decorate a free headtorch with a range of “colourful and charming” accessories; Telstra’s The Big Selfie Stick from Splendour in the Grass, which capitalised on a site-wide ban on selfie sticks with its own 10m-high version, a “smart hybrid of both the ‘photo bomb’ and ‘size matters’ trends” that “provide[d] the brand with a much-needed subversive edge”; and Virgin Trains’ Festival Express to Festival №6 and Kendal Calling, which “remove[d] the drudgery often associated with festival travel” by serving up live music, cocktails, magicians and “glitter-paint makeovers” to festivalgoers en route.

The full Field Work 2016 guide can be downloaded at the Frukt website.