Reading and Leeds, Hammerfest, ATP 2.0, Metronome and Kendal Calling also feature in IQ's weekly round-up of all the latest developments this festival season 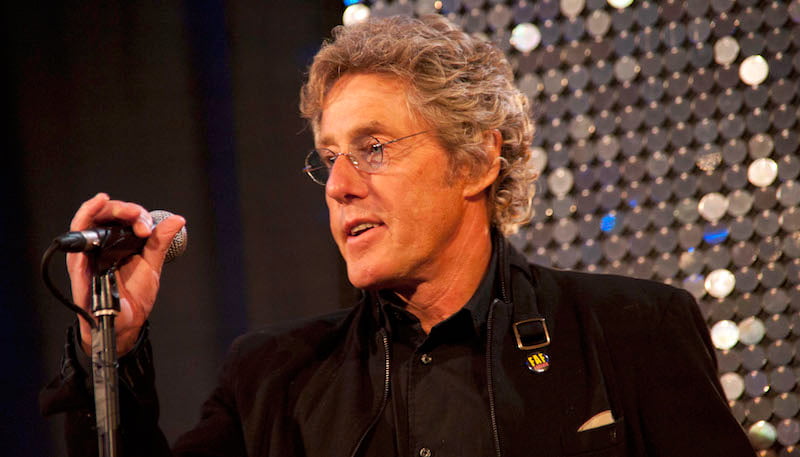 The Who’s Roger Daltrey has let slip that the much-rumoured ‘megafestival’ – featuring his band on the mother of all heritage line-ups alongside Paul McCartney, Bob Dylan, Neil Young, The Rolling Stones and Pink Floyd’s Roger Waters – is going ahead, masterminded by Coachella promoter Goldenvoice.

“What a great weekend it will be,” Daltrey told BBC Radio 6 Music. “They’re all going to be there, on the one spot, at the one time.

The festival is expected to take place from 7 to 9 October on the Coachella site at the Empire Polo Club in Indio, California.

Veteran US prog-metal four-piece Mastodon were also earlier this week revealed as headlining the rock-focused Pit Stage (on Saturday in Reading and Sunday in Leeds). The Georgia band were set to headline the same stage last year but were forced pull out due to personal reasons.

Headlining the main stages at the sister festivals, held across the August bank holiday weekend (26–28 August), are Red Hot Chili Peppers; Foals and Disclosure; and Biffy Clyro and Fall Out Boy. (Nas photo by whittlz on Flickr.)

If you like your rock a little heavier, you’ll be pleased by the initial line-up announcement from Hard Rock Hell and Metal Hammer’s Hammerfest, which will welcome Alestorm, HammerFall, Napalm Death, Armored Saint, Grand Magus, Venom Inc and Evil Scarecrow for its ninth, ‘Welsh Warriors’-themed edition.

Like another, more ill-fated, festival which will rename nameless (until the next paragraph), Hammerfest 2016 takes place in a holiday park: Haven, in Pwllheli, Gwynedd, Wales, from 23 to 26 March. (Napalm Death photo by Steve Leggat.)

First the venue didn’t get paid. Then the promoter took out a payday loan. Then a festival was uprooted and moved halfway across the country. And now the sad saga of both of All Tomorrows Parties’ ATP 2.0 weekenders has come to an end: Stewart Lee’s with a “nightmare start” that saw John Cale pull out, Roky Erickson not get paid and guests left without chalets, and Drive Like Jehu’s with outright cancellation.

The band, who curated the festival line-up and were due to perform with Hot Snakes, Rocket from the Crypt, Diamanda Galás and the Flamin’ Groovies, announced scathingly via their Facebook feed that: “After four months of a long and bumpy ride, the wheels finally fell off the wagon and crashed and burned. A search party was sent to Monkey Island to scan the wreckage for survivors and only found [promoter] Barry Hogan/ATP collecting bits of luggage and body parts for his next show, ‘ATP 3.0: The ’90s Deconstructed’. Tickets on sale now at GoFundMe.com.” Yikes. (Flamin’ Groovies photo by Yoshiaki Ito.)

In happier news, Iggy Pop, Foals, The Kooks and Crystal Fighters will headline new Prague festival Metronome, which will be held concurrently with the international, multi-genre United Islands of Prague festival over the weekend of 25 and 26 June.

Held in the Vystaviste Holesovice exhibition grounds, the event will also feature domestic artists and is promoted by David Gaydecka and Martin Vonka’s Metronome Productions.

“I like the idea of people coming to the Czech capital for a long weekend, doing some sightseeing and spending their afternoon walking Prague’s islands and parks and listening to young and talented musicians at the United Islands of Prague,” says Vonka. “In the evening, they take a tram to the Vystaviste and get to enjoy world-class music stars.”

Joining Blossoms on Kendal Calling‘s Calling Out Stage bill will be Libertine, Babyshambler and Bataclan re-opener Pete Doherty and Mercury Award-nominated London singer Ghostpoet (Obaro Ejimiwe to his mum). The 11th Kendal Calling, co-promoted by Andy Smith and Ben Robinson, will return to Lowther Deer Park in the UK’s Lake District from Thursday 28 to Sunday 31 July.

Finally, a big-name line-up for Paléo Festival in Nyon, Switzerland, for its 41st edition: Muse, Iron Maiden and The Chemical Brothers, no less, are among the headliners for the six-day event, with The Lumineers, Courtney Barnett, Massive Attack, Bastille and chanson superstar Michel Polnareff also on the bill.

2015’s 40th-anniversary event welcomed around 270,000 festivalgoers to see performances by, among others, Robbie Williams, Robert Plant and Sting, and was sold out within the hour. (Steve Harrison/Iron Maiden photo by Graham Berry.)