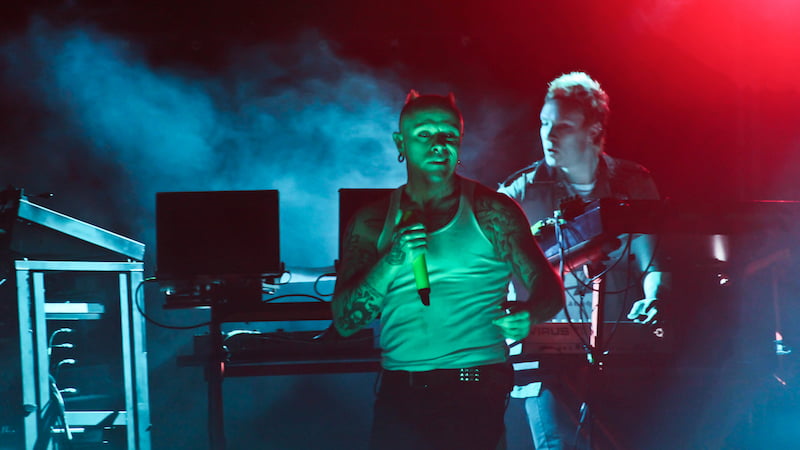 The Prodigy will play Exit for the fourth time this summer

The Prodigy will return to Exit festival on Sunday 10 July in response to a public petition, signed by some 20,000 people, asking them play at Petrovaradin Fortress in Novi Sad, Serbia, for a fourth time this year.

“Exit Warriors, you wanted us and we’re coming!” says a statement from the band. “We are gathering at the Fortress, so be there.”

The Avalanches, the Australian plunderphonics act best known for 2000 single ‘Frontier Psychiatrist’, will play at least three festivals this summer: Primavera Sound, Field Day and Australia’s Splendour in the Grass.

The band have been working on a follow-up to 2000’s Since I Left You since at least 2005, so it’s unclear how many years the four festival dates (including both weekends of Primavera Sound) will set them back.

Also playing at Jess Ducrou​ and Paul Piticco’s Splendour in the Grass, which takes place from 22 to 24 July in Byron Bay, will be The Strokes and Sigur Rós, both playing their only festival shows in Australia, The Cure, Flume, James Blake, At the Drive-In, Band of Horses, Santigold, Jake Bugg, The 1975, Courtney Barnett, The Kills and more. (The Strokes photo by Thomas Hawk.)

Already confirmed for the twin events, which take place from 24 to 26 June in Neuhausen ob Eck and Scheessel, are Rammstein, Mumford & Sons, The Prodigy, The Offspring, Bloc Party, The Hives and James Bay. (Tom Odell photo by Michael Dornbierer.)

George Clinton and his funk collective, Parliament-Funkadelic, will headline the main stage of Sheffield multi-venue festival Tramlines on 23 July.

Also newly confirmed from Tramlines are indie trio The Enemy, who will play the 900-capacity Leadmill on Friday 22 July in one of their very last shows before they split up following an Autumn farewell tour. (George Clinton photo by IndyDina with Mr Wonderful on Flickr.)

Also hanging up its guitars is independent Kent rock and metal festival Hevy Fest, which has announced the cancellation of its 2016 event and every one thereafter. “Despite the best efforts of our dedicated team, the festival has become financially untenable,” says a statement from the festival. “Many things have contributed: Port Lympne being unable to continue hosting the event; the increasingly difficult task of putting together a line-up with more and more exclusives enforced each year, leading to difficulties confirming our final headliner; and the pressure to offer good value with spiralling costs. The odds are stacked against anyone taking on the challenge, and they have proven too great for us to overcome.”

Scheduled to perform were Enter Shikari, Refused, Sikth and The Bronx. (Enter Shikari photo by Kmeron on Flickr.)

And in case you missed it yesterday, this weekend (and the weekend of 22–24 April) is the last time Coachella will welcome a mere 99,000 people to its festival site near Indio, California: the Goldenvoice event’s attendance cap will gradually increase to 125,000 in coming years.