Promoter Michael Dorf raised $45,000 from live-streaming The Music of David Bowie, which included performances by Blondie, Pixies, The Flaming Lips and Michael Stipe 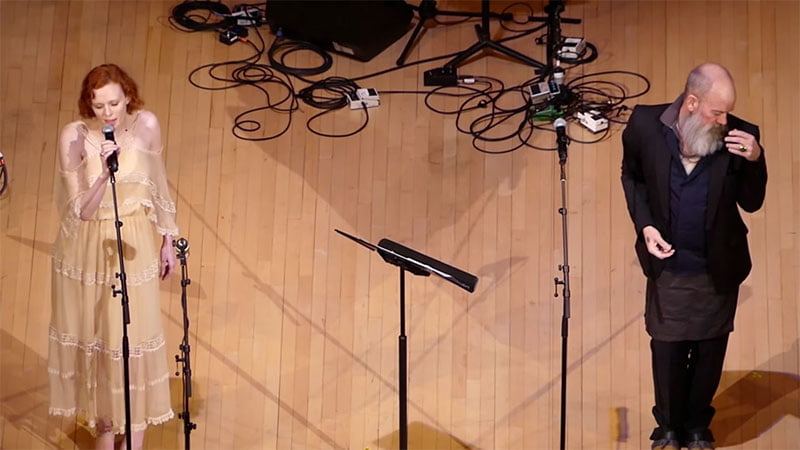 The two The Music of David Bowie gigs, at Carnegie Hall on Thursday 31 March and Radio City Music Hall the following night, could be streamed live over Skype for a recommended minimum donation of US$20 or £15 to the events’ charity partners.

The concerts were the 12th in Knitting Factory founder Michael Dorf’s Music of series, which raises funds for music education programmes for underprivileged children.

Performers at the shows included Ann Wilson of Heart, who opened with ‘Space Oddity’, REM’s Michael Stipe, who played a stripped down version of ‘Ashes to Ashes’ accompanied only by a piano and model/backing vocalist Karen Elson, Blondie, who performed ‘Heroes’, Mumford & Sons performing ‘It Ain’t Easy’, Perry Farrell playing ‘Rebel Rebel” and The Flaming Lips, whose frontman Wayne Coyne sang ‘Life on Mars?’ while riding on the shoulders of a man in a Chewbacca costume (because why not).