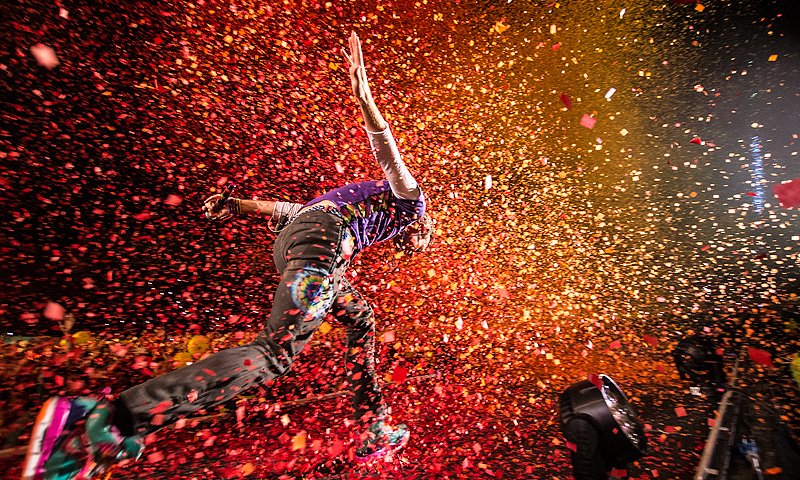 Coldplay's Chris Martin at the National Stadium in Santiago, Chile, on Sunday 3 April

The Super Bowl 50 headliners, who are currently playing to sold-out stadia in South America, will stop at the T-Mobile Arena in Las Vegas; the Gila River Arena in Phoenix, Arizona; the Scottrade Center in St Louis, Missouri; the Pepsi Center in Denver, Colorado; the KFC Yum! Center in Louisville, Kentucky; the Nationwide Arena in Columbus, Ohio; the First Niagara Center in Buffalo, New York; the Palace of Auburn Hills in Detroit, Michigan; the CONSOL Energy Center in Pittsburgh, Pennsylvania;the BOK Center in Tulsa, Oklahoma; the Bankers Life Fieldhouse in Indianapolis; and the Vivint Smart Home Arena in Salt Lake City when they tour the US this summer.

Canadian R&B singer Alessia Cara will support Coldplay on all US shows, and will also appear as a special guest on some European dates.

Coldplay’s last A Head Full of Dreams tour announcement, in support of their seventh studio album of the same name, was the addition of 10 US arena dates.

“We’ve always played a lot of markets in America, so we try to hit as many markets as we can,” the band’s manager, Dave Holmes, tells Billboard. “This ‘stadium on the weekends and arenas during the week’ model enables us to try to play to as much of our fan base as possible.”

The tour, also the band’s seventh, will head from Latin America to Europe then onto North America. No Asian dates have yet been announced.