Coachella to expand capacity by 25%

The attendance cap for the California festival will increase gradually to 125,000, with country music cousin Stagecoach also expanding 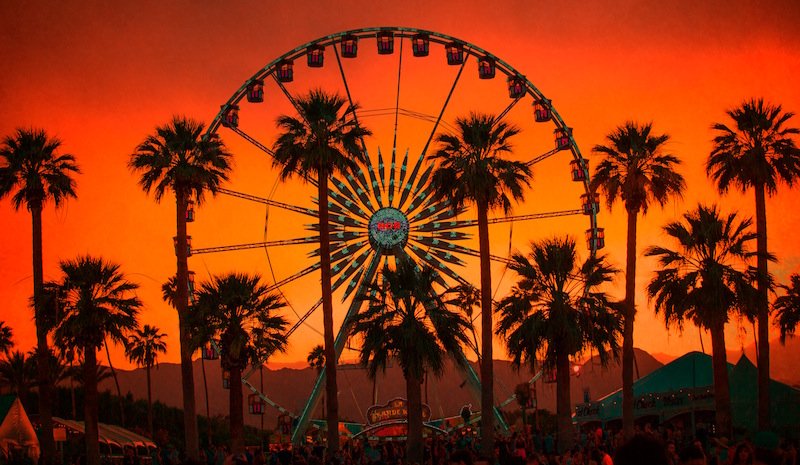 Indio City Council has voted unanimously to approve a request from Coachella promoter Goldenvoice to increase the capacity of the festival by 26.3 per cent.

The attendance cap for the festival in future years will increase from 99,000 to 125,000, a move that was applauded by those in attendance at the city council meeting, reports The Desert Sun.

The capacity of Stagecoach, Goldenvoice’s country music festival, will also increase, from 75,000 to 85,000.

With around 62,000 more people buying tickets to both festivals, the city of Indio is expected to make an extra $1 million from ticket taxes, which mayor Glenn Miller says will be invested back into the community.

The increased attendance will be introduced gradually so the city has time to acclimatise to the bigger crowds, adds Miller.

With around 62,000 more people buying tickets to both festivals, the city of Indio is expected to take an extra $1 million in ticket taxes

The first weekend of Coachella 2016 takes place this weekend (Friday 15 April to Sunday 17 April), marking what is widely recognised as the start of the festival season and a tastemaker for the events that lie ahead.

The line-up for Coachella is this year dominated by two well-publicised reunions in the form of Guns N’ Roses and LCD Soundsystem, although the California festival is no graveyard for heritage acts, with other touring veterans such as Underworld, Ice Cube, Rancid, The Damned, Deerhunter and Sufjan Stevens rubbing shoulders with bright-eyed up-and-comers Wolf Alice, Hælos and Alessia Cara (the last of whom is also touring North America with Coldplay this summer).

This year’s festival will be the most technologically advanced yet, with Goldenvoice embracing the virtual-reality (VR) revolution by giving all festivalgoers a special Google Cardboard headset to use with the new Coachella VR app.

All Coachella attendees will also be eligible for early access to Doppler Labs’ Here ‘active listening’ earbuds, which allow users to send sounds from the outside world (picked up by external microphones) through a digital signal processor and customise the audio via a volume knob, equaliser and more. The technology will work best on special ‘Here-optimised’ stages, although the earbuds can be used anywhere in the festival (and indeed the world).

Goldenvoice says it hopes to make Coachella “the most sonically and technologically advanced music festival in the world”.