The Strathallan Castle festival is aiming to make traffic congestion, one of the most-complained about aspects of TITP 2015, a thing of the past 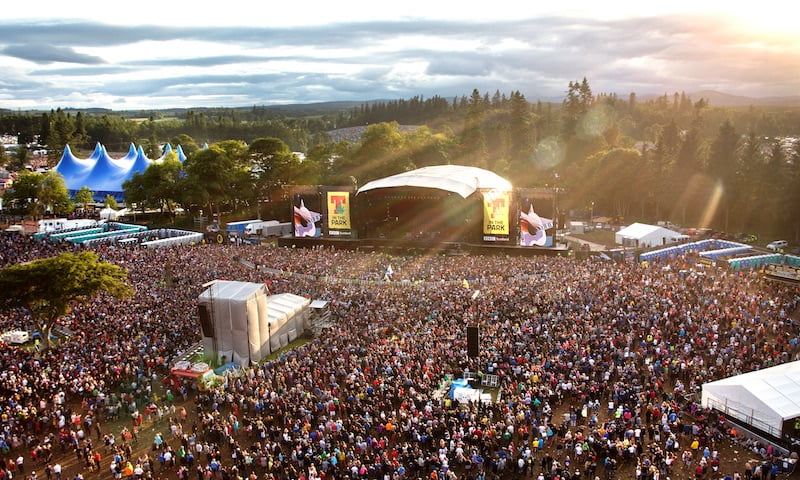 Following previous revelations that 2016’s festival will have a reconfigured, more spacious arena and a larger, better stewarded campsite, T in the Park has concluded its trio of announcements about the new infrastructure for July’s rejuvenated event.

Improvements include separate roads for buses and cars accessing the site; a large new bus station with over 40 stands; one dedicated pick-up and drop-off point; and a number of new car parks. Each transport hub will have dedicated management teams and facilities T in the Park promoter DJ Concerts says will “ensure the comfort of festivalgoers”.

The new set-up is being managed by the T in the Park’s new traffic manager, former road police inspector Ian Martin. “The changes to the on-site transport set-up are significant,” Martin says. “We’ve not tweaked last year’s: we started with a blank piece of paper and after months of testing and liaising with our partner agencies, including Transport Scotland, Perth and Kinross Council and Police Scotland, as well as local community councils, we have a solid plan in place.

“The separated routes for buses and cars will help keep traffic moving and the bus station will make travelling with Citylink and Big Green Coach the best ways to get to and from the festival.  With an event of this scale, an element of patience will always be required when getting in and out of the site, but I can guarantee this will be of a normal level and managed by an experienced team.”

The changes are explained in a new video from the festival, embedded below:

All the new changes come as part of a major management restructuring for the festival. Festival Republic managing director Melvin Benn was brought in as executive producer after last year’s event, its first at Strathallan Castle, which was heavily was criticised for its traffic congestion, failings on crowd control and security and repeated breaches of planning permission.

The criticism culminated in January, when Perth and Kinross Council warned that the festival’s future is in jeopardy “until DF can demonstrate their capability to effectively manage this event in future”.