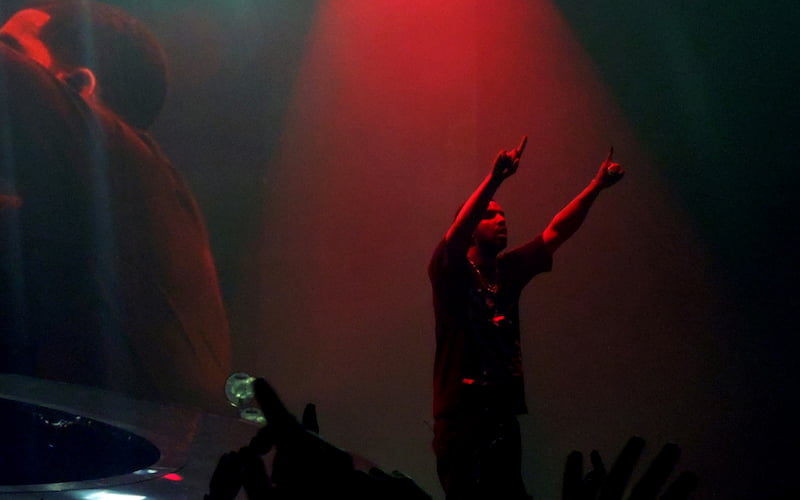 Drake performs with Ovoxo in 2014