VR “opens a world of opportunity” for live music 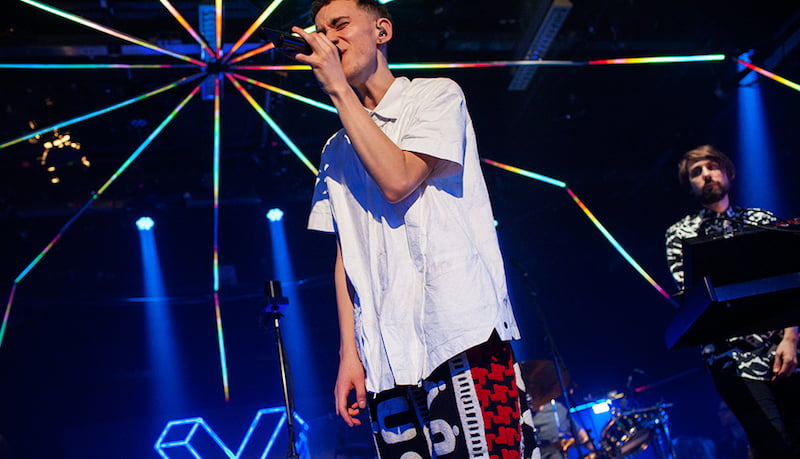 Using Samsung’s Gear VR headsets, audiences across Europe could switch between three camera angles – in the front row, on stage with the band or from a moving camera on the ceiling – as Years & Years performed ‘Worship’, ‘Shine’, ‘Desire’ and ‘King’. The concert was filmed using Samsung’s Gear 360 cameras.

In an interview with International Business Times UK, the show’s director, Sam Wrench, spoke on the opportunities and challenges for the music industry presented by VR technology and explained the process behind shooting live events in virtual reality.

“As a viewer it gives you a chance to be fully immersed within a moment that you can’t get to in real life, often from a viewpoint that you’d never be able to access in reality,” says Wrench. “VR opens a world of opportunity, from experiencing your favourite band as a member on stage to sitting next to your [sports] team’s manager through to the 90th minute.”

According to Wrench, the biggest opportunity for the live music sector is the ability to “explore experiences away from the stage: Who are you watching the show with, or what are the crowd around you doing during certain songs?”

Drawing back the curtain on the Years & Years concert, Wrench explains: “When it came to designing the Years & Years set for Samsung, I put myself into the viewers’ point of view. It wasn’t about creating an energy and directing the viewer to a certain focal point; we instead had to create a world where there was something happening wherever they looked and the 360° stage and video dome – or ‘web’, as it was described – came from there.

“I didn’t want them to look behind and see an empty blackness, but we also had to keep it intimate. The dome allowed us to create a sense of enclosure and defined planes to place yourself within.”

According to Wrench, the biggest opportunity for the live music sector is the ability to “explore experiences away from the stage: Who are you watching the show with, or what are the crowd around you doing during certain songs? It’s these elements that impact a gig experience when you are there but have been previously hard to convey in a traditional multi-camera set-up. VR opens up that element of storytelling with endless results.”

In issue 64 of IQ Magazine, industry figures, including representatives from Exit Festival, Tomorrowland and Sziget, gave Richard Smirke their predictions on how VR technology would shape the live music sector in coming years.