DHP Family's director of promotions, Anton Lockwood, explains why he believes we should celebrate music venues' diversity and be wary of creeping corporatisation 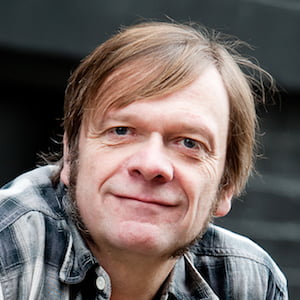 Corporatisation. It’s a cumbersome word; maybe even an ugly one.

But it’s not necessarily a bad thing. All of us in the live industry want professional standards. We all want safe events. We all want venues that are reliable. So if being more businesslike leads to those things, that’s good.

At DHP Family we’re professionals, we work closely with brands, we strive to make money and we’re a growing company owning an increasing number of venues and promoting huge shows across the country.

So, given all the above, why don’t we believe in corporatisation?

Well, this is the music industry. It’s grown out of passion, flair and individuality. It’s about outsiders and oddballs. It’s about creativity. The side of corporatisation that leads to homogeneity – the same boring brands being promoted in identical places – to me is not what music should be about. Music is the most emotionally engaged of all art forms: it’s laughter, tears, bonding and heartbreak, not a chance for product placement or a mass-produced grey lump.

Music is the most emotionally engaged of all art forms: it’s laughter, tears, bonding and heartbreak, not a chance for product placement or a mass-produced grey lump

When I go and stay in a value hotel, everything being the same is an advantage. I don’t need to think when I wake up in the morning.

We’re building memories for the people who are at the show. The audience and artists alike should feel they are part of something special, not just another day in the office. We believe venues are all different: they have their own histories and their own vibe, down to the drinks, the backstage, the way they speak to their audiences – they should be special places, where special things happen. This is perhaps especially true of the small venues where the talent of tomorrow is developed and inspired.

Of course, there are always compromises, money constraints and the like – but if we lose the creativity, live music becomes another boring leisure choice and we lose the reason why most of us love it in the first place.

DHP Family operates across venues, festivals, tour promotion, band management and ticketing. Its first venue was Rock City in Nottingham, and it has since taken ownership of Rescue Rooms, Stealth and The Bodega (all in Nottingham), Thekla in Bristol and Oslo in Hackney. DHP also runs Manchester Cathedral’s music programme.