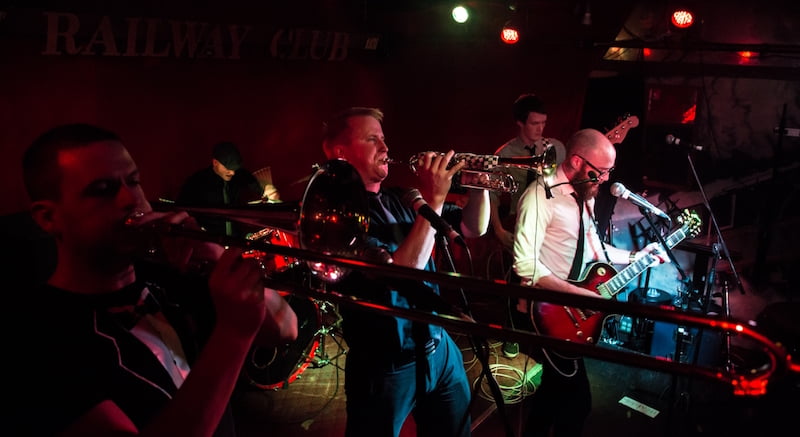 Vancouver band The Brass Action plays the Railway Club in 2013

The Railway Club, a historic music venue in Vancouver city centre which has hosted acts including Barenaked Ladies, kd lang, Spirit of the West and Canadian icons The Tragically Hip, has announced it is to close, “effective immediately”.

In a Facebook post, Railway Club owner Steve Silman, who bought the venue in 2008, said: “The long-term and persistent combination of relatively high expenses, in particular rent, as compared to business receipts has left the business unable to continue.”

The Railway Club opened as a pub in 1931 and became a music venue in the 1980s under the ownership of local politician Bob Williams. It had been for sale since December for C$299,000 ($160,500), which included an alcohol licence.

The closing of the venue reflects the increasingly unaffordable nature of trading in central Vancouver, Andrey Parlov, a finance professor at Simon Fraser University, tells The Globe and Mail. Prof. Parlov says music venues rely on an audience of mostly young people, who in Vancouver’s case are being squeezed out of the city by soaring rents: “What kills businesses is a lack of customers,” he says.