Barns Courtney, Mmoths, Loyle Carner, Beasts and another 146+ artists on the cusp of greatness will play in Brighton this summer 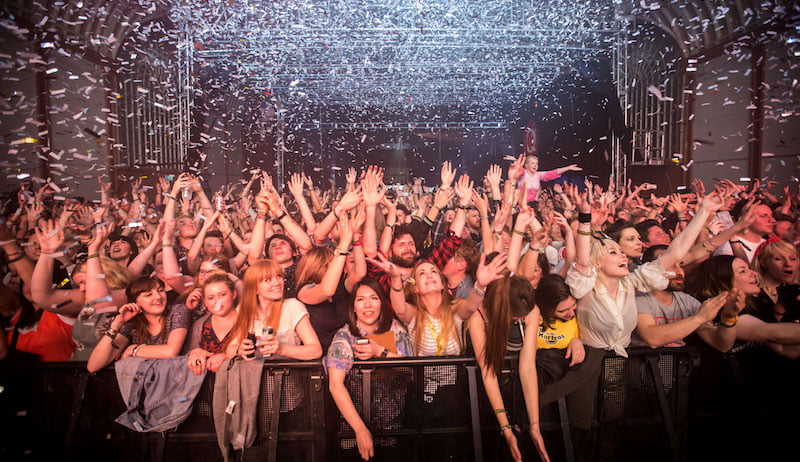 Some attractive young people having fun at The Great Escape 2015

The Great Escape today announced a fourth wave of over 150 up-and-coming acts who will be playing the festival of new music this May.

Highlights include Barns Courtney, “whose unique blend of blues, rock and country perfectly accompany his gravelly tones”, rock trio Beasts, who “will be storming the stage, having been championed by Zane Lowe and Daniel P. Carter”, and Mmoths, whose “ethereal electronic productions will captivate festivalgoers”.

Elsewhere, south London MC Loyle Carner, whose “emphatic hip hop beats and intimate lyrics have been making waves in the UK rap scene”, will make his second appearance at The Great Escape (TGE), as will “soul songstress” Izzy Bizu, who “effortlessly fuses funk, jazz and pop”. Scottish duo Man of Moon will bring their “fusion of space rock and haunting vocals to the mix”, and Thomas Cohen will debut his new album Bloom Forever, which is “seeped in [sic] melancholic tones and washed-out guitars”.

Throwing Shade and Max Graef and Glenn Astro have also been announced as the first acts for the inaugural Late Escape, an evening showcase of dance music producers and DJs.

“We wanted to make sure this year’s line-up was as exciting and as diverse as ever, championing emerging artists from as many genres as possible”

TGE event manager Kevin Moore says: “It’s wonderful to be able to announce another 100 artists who will be taking part in The Great Escape 2016. We wanted to make sure this year’s line-up was as exciting and as diverse as ever, championing emerging artists from as many genres as possible, and I really do feel we’ve got something for every type of new music fan, no matter what you’re into. The addition of our young adult wristbands for those aged 16 to 17 along with our Late Escape programming has opened the festival to new attendees and fans. I can’t wait to see everyone in Brighton very soon.”

Earlier this month TGE announced Latvia and Lithuania as its 2016 country partners, and in February revealed details of the agenda for its convention, running alongside the festival, which includes a ‘DIY programme’ on Saturday 21 May, hosted by CMU’s Chris Cooke, Dice’s Jen long and DJ/producer John ’00’ Fleming, which will focus on artists ‘going live’, asking how singers, bands, rappers and DJs/producers can stage gigs and what digital channels they should use ensure they can take audiences with them after the show.

The Great Escape 2016, promoted by MAMA & Company, will see over 450 bands and artists will play 35 venues across the UK seaside town Brighton from 19 to 21 May.